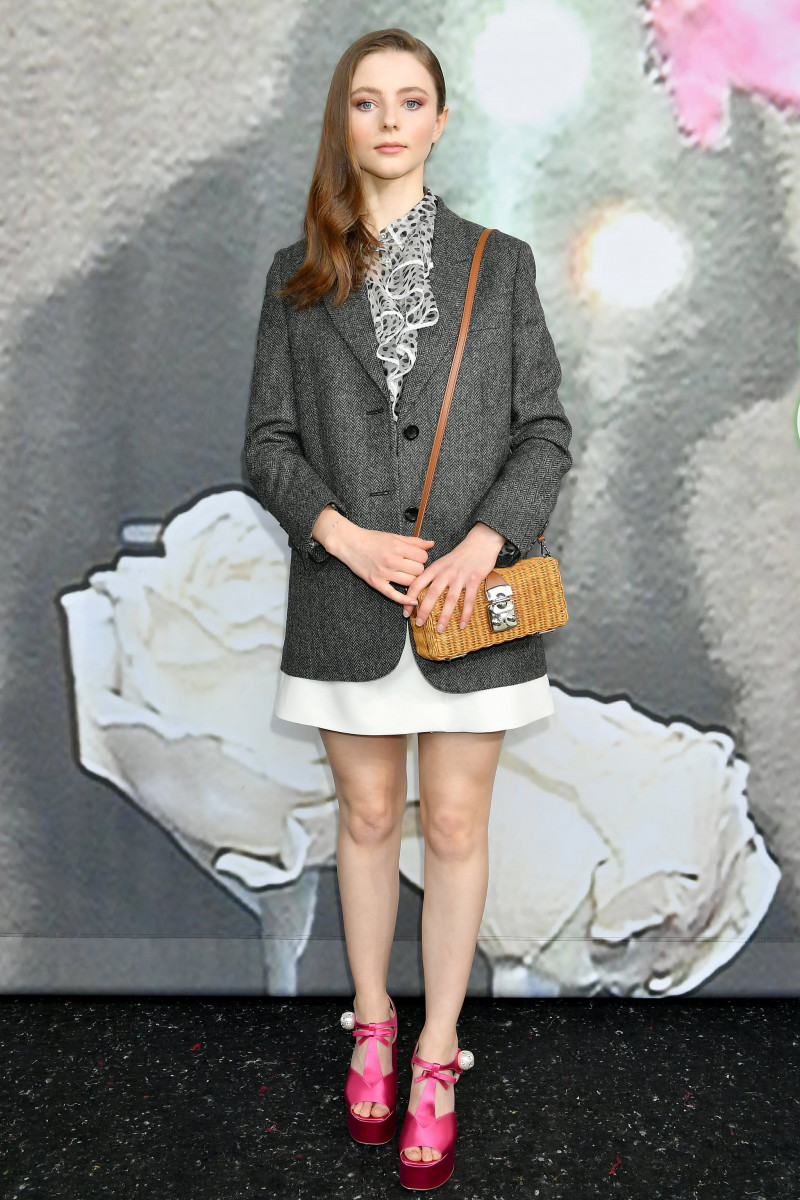 If I list collaborators like Taika Waititi (What We Do in the Shadows, Jojo Rabbit), M. Night Shyamalan (The Sixth Sense), Jane Campion (The Piano), and Edgar Wright (Hot Fuzz, Baby Driver), you might assume I’m talking about a veteran actor with decades in the movie business behind them. The truth is, I’m talking about 21-year-old Thomasin McKenzie.

The Wellingtonian starred in her first feature when she was just 13. A year later, she became a household name as a regular on Shortland Street. But it all went up a notch when she was cast in the critically acclaimed 2018 drama Leave No Trace, which premiered at the Sundance Film Festival and won her the National Board of Review Award for Breakthrough Performance. She’s since appeared in The King, Lost Girls, True History of the Kelly Gang, the Academy Award-winning Jojo Rabbit, and Shyamalan’s Old, which is out now, with globally anticipated flicks like Wright’s Last Night in Soho and Campion’s The Power of the Dog on the way. But first she shares the screen with Essie Davis in The Justice of Bunny King, a Kiwi film directed by Gaysorn Thavat about a mother of two battling to regain custody of her children. McKenzie plays Bunny’s niece Tonyah, who leaves her abusive home to join her aunt’s crusade. Catch the film in cinemas across the country right now.

From your roles in films like Consent and Leave No Trace through to The Justice of Bunny King, you’ve always seemed drawn to slightly embattled characters. Why do think that is?

I find it easier to play the darker roles, in a way. I’ve always found it kind of awkward and struggled more playing the lighter stuff – I don’t know what that says about me – but I guess I feel more comfortable in those roles. I never want to play a stereotypical or single-layered character. I always want to play someone who’s complex that has something to say or an interesting story to tell. But I’m not sure what it is that draws me to that, maybe I just like to punish myself.

While Leave No Trace was certainly a breakout role, right around the corner was Jojo Rabbit. Does that film stand out as a defining moment for you?

Yes, definitely. I think with Leave No Trace I was very, very lucky to have gotten that role, for Debra [Granik] to have noticed me, because if I hadn’t, I’m not sure where I would be right now. It was just the most beautiful filming experience. Working on Jojo Rabbit, that was just such a treat. I think Taika is such a genius, and that was obviously such an important story to tell. On one hand I really am drawn to those hard-hitting stories, and on the other hand I’m drawn to working with people that I really admire who are just great, interesting people to collaborate with. So those are two very important experiences in my life that I learned a lot from.

It’s really quite crazy what you have coming out over the next year, so it’s cool to see a local indie film like The Justice of Bunny King on your slate. What was rewarding about returning home to do something a little smaller in scope?

When I look at scripts or I’m presented with opportunities, I’m more drawn to the story, to the team, and to the character. Personally, I’m very rarely making decisions based off how many people are going to see it. With Bunny King, I was immediately drawn to that script and that team of strong female creatives, so it just felt like a natural thing for me to do. Also, having spent so much time overseas over the past couple years, I really wanted to do something at home with people I knew and felt familiar with.

It seems like Gaysorn, Essie, and yourself really developed a tight bond while making the film. What made that collaboration special?

I think we were all aware that it was a very strong, female-led team coming together to create this, and that’s something that we were all really excited about and proud of. Both Gaysorn and Essie are very grounded people. Something I love about Gaysorn is that she would talk a lot about her dogs and about her bees; she has beehives and she harvests honey and everything, and that’s something I’m really interested in! I’d worked with Essie before on True History of the Kelly Gang and I really admire her as an actress. I think she’s so unapologetically herself. She’s so strong and raw, so I really wanted to be in a situation where I could learn from her again.

Tonyah and Bunny are both stuck in situations largely out of their control, but unlike Bunny, Tonyah is one to bottle it up. Why did she interest you?

Tonyah is dealing with a lot of betrayal in her life. The fact that she was being abused by her stepdad and her mum didn’t believe her and was either too scared to stand up for Tonyah or just couldn’t deal with it, I think Tonyah felt really betrayed and also very guilty and ashamed for creating this divide in her family. So I think that’s part of the reason she bottles it up. She has a very tough, reserved exterior and holds a lot of anger inside of her. And that’s actually something that I more realised when I saw the film for the first time, because I didn’t realise how much of a potty mouth I’d made Tonyah. I was actually really nervous [laughs], she swears a lot! But I think that her potty mouth is the main way that we can see those bursts of anger, betrayal, and emotion that she’s bottling up. She’s just a very broken girl, and her desire to feel some motherly love is really what brings her and Bunny together. It creates a really beautiful relationship between them.

I have to ask about Last Night in Soho. I get the impression that working with Edgar Wright would be a film school within itself, so what did you learn from him?

For part of my preparation, Edgar curated a massive list of 60s films for me to watch – psychological thrillers and horrors, things like Don’t Look Now and Rosemary’s Baby. So that was a big part of my education. Also, just in talking to Edgar every single day he’d bring up multiple films and ask, ‘Have you seen this? Have you seen that?’ and my answer would always be no [laughs]. I’ve learnt a lot from him, he’s just incredibly knowledgeable about all that stuff.

This year alone, you’re appearing in a number films by directors any actor would dream of working with. At this point in your career, what do you consider when deciding what you’d like to take on next?

A big thing for me is that I love collaboration. One of the best parts of what I do is being able to throw around ideas with somebody and bounce off each other. It’s that connection, that collaboration that I really look for. But even more so than that, I really want to work with people who are kind and caring and thoughtful, who actually take everybody into account and lift everybody up and make everybody feel as if their opinion is worth hearing. It’s so important to work in environments where people feel happy. I think in the past I’ve kind of gotten it into my head that in order to do a good job with an emotional scene you have to be feeling dark or unhappy yourself, but that’s just not the case. I think I do my best work when I’m feeling happy and confident because I’m not second-guessing every acting decision I make. Also, in the film industry, I think there has been a bit of a culture of egos. The idea that in order to be a genius you have to have a huge ego, and that’s just not okay, it’s not true. I’m looking for people who are just nice people who want to create together.