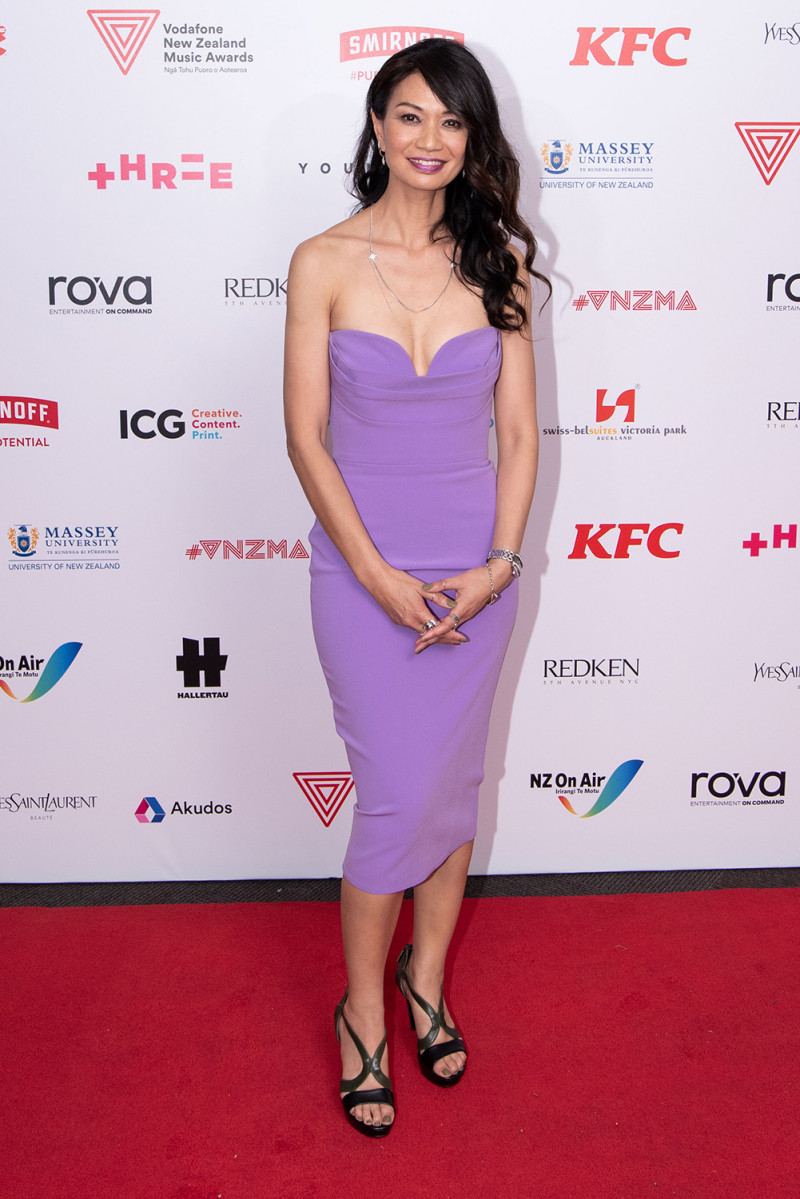 The two stellar careers of Boh Runga by Madelaine Empson

Jewellery designer and singer-songwriter Boh Runga fronts stellar*, the New Zealand pop-rock band whose 1999 debut album Mix went five-times platinum and gifted us the hits Every Girl and Violent. After an unofficial hiatus in 2010, the four-piece got back together to perform Maxine at the 2017 Aotearoa Music Awards in tribute to Sharon O’Neill and have been rocking out together since.

I caught up with Runga amidst Auckland’s fourth lockdown to talk about her journey with stellar* and their upcoming performance at the new music festival Peachy Keen, coming to the Basin Reserve on the 3rd of April.

Where did your passion for music come from?

I think my love of music came about from my parents. There was music playing all the time, in the car, we grew up around it. My sisters and I sang all the time, singing along with Mum and Dad. Both of my parents were and are musical. Dad could play piano by ear. He’d be able to hear anything and do a version of it on the piano. Mum used to be a singer back in the day and that’s how she met my father, when he was stationed in Malacca in Malaysia.

Did you envision anything other than music for your future growing up?

No not really, we were encouraged when we were young to be musicians or artists by my father and my mother, so basically music just happened. It was natural. I’ve been doing it for a long time now, with the jewellery happening alongside that.

How did stellar* first get together?

Myself and Andrew Maclaren, the drummer, moved up from Christchurch and wanted to find other people to do original music with. The band has had a few different versions over the years, but basically when we finally did meet Kurt [Shanks] and Chris [van de Geer] it all came together really fast, especially when Chris joined. Not long after we got offered a recording contract.

What’s the first stellar* gig you remember and what was it like?

Big Day Out. We weren’t on the big stage, we were on the little one between the actual stadium and the other big tent. It was such a good opportunity for a young band like us. I think I heard Chris Knox had mentioned to someone he’d seen the set and really enjoyed it, which was great coming from Chris Knox. We were a lot harder sounding back then, we were playing a lot more distorted guitar and what have you. We became more poppy a bit later.

Why would you say that progression happened?

We always wanted to do more electronic, to have a more electronic feel. We were paired up with Tom Bailey, his background was in that electronic world. It was a great marriage of interests and we started down that way.

Since the release of What You Do (Bastard) in 1998, you’ve kept the same line-up. How would you describe the band’s relationship after so long?

It’s really good. We’ve been through a lot as a band, but now we’re coming back and we’re doing shows again. We never officially disbanded but we all carried on doing our own thing. We started playing again at the Music Awards a few years back, then we started getting offered shows. It’s weird, it feels like we’ve slotted back into the way we were, but we’ve had a growth period away from each other as well, all doing different things with our own lives to live. We enjoy each other’s company. We get to see other bands, tease each other, hang out like old mates – emphasis on the old! It was 20-odd years ago. A lot has changed.

What have you been up to as a band since the Aotearoa Music Awards?

We’ve done quite a few little tours, we celebrated our 20th anniversary, we went out on the road with The Feelers which was quite fun, we’ve done festivals. We haven’t done that many shows, they have to fit into our schedule so we can’t always do them. We’ve had three shows, four shows that we’ve played just recently, thankfully just before this lockdown. We’re thankful and lucky that we’re not artists or promoters who are really reliant on the music industry being up and vibing over the summer period. It’s so up in the air.

What was your experience of the lockdown(s)?

The first one that capped off in March 2020 was quite novel. My business was affected and I just watched the news a lot. You kind of have to draw away from that a little bit because there’s so much going on. I could feel some anxiety building up around the uncertainty of things. The second lockdown I actually found worse. That was the realisation that this isn’t going away anytime soon. This one (we’ve had four now) is a necessity, but people are definitely struggling. There’s that anxiety level that you can see when you need to get out and about. It’s a hard time. I’m lucky, I’m self-employed and I have my own business. We set our own kind of rules around it and what we’re doing.

Onto your business, at what point on your stellar* journey did you open your Bohtique on Ponsonby Road in Auckland? I love that play on words.

I love a good play on words. One summer I worked in the store, and this one little boy stopped in front of the sign at the door. He was pointing at it and he goes ‘that’s not how you spell boutique!’ His mum goes ‘no no, that’s her name, it’s sort of a joke’. And he said ‘hmm, okay I get it’. It didn’t look like he got it, but I thought, ‘good on you young lad! Good spelling!’ It was adorable. We opened the store about three years ago. It was a massive undertaking.

How long had you been designing jewellery for before you opened the store?

Next year will be the 15th year. What? Crikey. That better be right, I’m terrible with maths. Most of my designs are still in production, there’s still a place for them. It’s amazing really when I think of it.

How would you describe your designs?

It’s collection-based, so I would come up with a theme and designs around that theme. Birdland was the very first line I designed. I did it around our native birds. Everything has a meaning behind it as well. I think because it’s not a fashion thing or reliant on trends, that’s why it’s worked so well and for so long – because that’s how I have approached each collection, with a theme and with something people can relate to.

Have your music and design career ever intersected?

Stellar Rose is a collection I released when I was asked to design for the Music Awards. It happened to be stellar*’s anniversary and my friend’s daughter’s name. It’s a starburst design. It has crossed over but it mostly runs simultaneously. I’d love it to cross over more, that is something I’ve been thinking about for the near future.

What are you most looking forward to about Peachy Keen and performing at the music festival?

As with any festival I love the hangs. I love meeting the other bands I’m going to be sharing the stage with, plus I get to see people live in a really comfortable environment. I’m on the side of the stage, I get to see what kind of gear they’re using. I’m a bit geeky like that.

What can audiences expect from your set?

All the stellar* hits that people might be familiar with from back in the day. We’ll definitely be doing Maxine as well, we love that song and Sharon O’Neill was such a legend. We just want people to have fun with it. It’s such a great, strong line-up. So good.