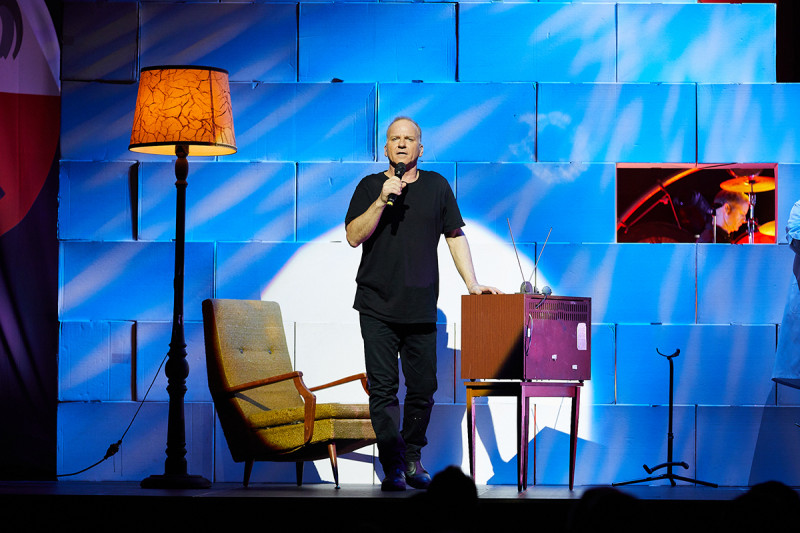 The Pink Floyd Experience shine on by Sam Hollis

Capturing both the soulful, dreamy sound and high-concept visual style of Pink Floyd is no mean feat, and with 22 years in the business, no one does it like the Pink Floyd Experience. The band is back at TSB Arena on the 29th of May with two of the British pioneer’s most celebrated albums, 1977’s Animals and 1979’s The Wall.

With nearly 20 albums to choose from, the 10-piece Pink Floyd Experience has never been short on material to inspire their tours. However, two of their biggest successes were the 2017 Animals Tour and 2019’s The Wall Tour, and to celebrate the return of live performance, this show will combine them both.

The first half of the show will feature Animals, a prime example of the band’s conceptual genius. It is packed with Roger Waters’ dark social commentary and thought-provoking cynicism, punctuated by psychedelic instrumental moments and soaring guitar solos. The album’s five extended tracks react to various social classes, comparing them to animals: the predatory Dogs, the greedy Pigs, the fanatical Sheep.

The second half features The Wall performed note for note, brick by brick. The show will include many visual callbacks to the Alan Parker-directed film adaptation for an emotionally charged dramatic presentation.

The Pink Floyd Experience is a breathtaking sonic and visual spectacle unlike anything you’ll find at another rock show this year.