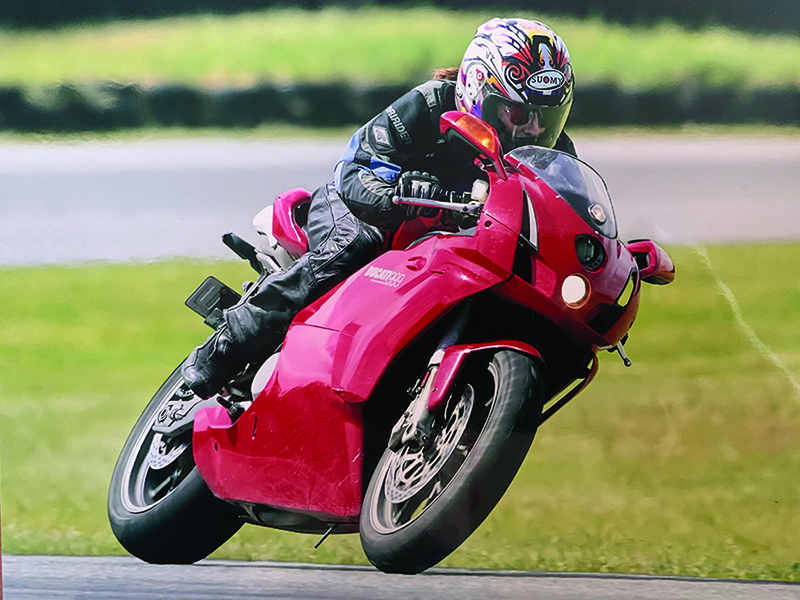 The peak of Jo Morgan’s passion by Madelaine Empson

The youngest of eight children, Jo Morgan did all the rough and tumble things her four brothers did growing up. She reckons that lit the fire for a passion for adventure she’s nourished her whole life. Now with four children and eight grandbabies (“eight and three-quarters”, she laughs) with well-known economist and philanthropist Gareth Morgan, Jo has ridden a motorbike through every continent in the world and took up mountaineering at age 58. She’s since summitted 22 of New Zealand’s 3000-metre-plus mountain peaks.

On number 23, Mount Hicks in Aoraki/Mount Cook National Park, Jo was buried in an avalanche at 5:30am on the 31st of October 2018. She survived by digging herself out of the snow and setting off her personal locator beacon, but both her guide Wolfgang Maier and his colleague Martin Hess died. The experience was a catalyst for Jo’s book, Dancing with the Machine: Adventures of a rebel, published by Allen & Unwin in March this year.

We caught up about putting such a big life down on paper.

You bought your first motorbike at age 15. Did you get the buzz for the bike straight away?

It was amazing and it was so nice being a little bit naughty. I remember one of the nuns being particularly indignant about me coming to school on my motorbike. These were the days before you had to wear a crash helmet, so I had to bike to school with my beret on. The nuns might catch you riding the bike without the beret. Isn’t it ridiculous?

You married Gareth in 1975. Was it love at first sight?

No it wasn’t love at first sight. But he was great at the debate and I couldn’t argue him away [laughs]. It’s funny, compared to the public perception of him, he’s such a gentle person and a lovely person to have had children with. I couldn’t have wished for a kinder, nicer man in my life.

You bought and revamped a passenger bus to live in with the first two of your children (Sam, who founded TradeMe, and Jessi, who now runs the Predator Free New Zealand programme). Where did you go?

We couldn’t go very far or fast because it chewed a lot of petrol. I remember stopping near Taupō at some stage and Gareth went and worked for some labouring or dam project to earn more money so we could afford petrol to get out of there. Hand-to-mouth existence, it was a very simple life. You’d go out in the kayak and catch some fish and then you’d be happy for a few days. We definitely weren’t very good at being capitalists in those days. You wheeled and dealed and traded, sometimes we’d buy an old car and fix it up, I’d always enjoyed fiddling with those things.

You live in Oriental Bay now. At what point did you –

No, get into a house!

The house came about when we got thrown off a vacant lot by the council. With the proceeds from the property that we had prior to going into the bus, we bought a property in Newtown. It was already tenanted and I think there were 10 people living in this tiny little cottage that only had an outside loo. But it had drive-on parking for a bus, so we drove on and lived in the back garden there.

From there Gareth had already done his PhD and was trying to figure out ways to capitalise on that. He was incredibly successful with that when he set his mind to it.

You’ve driven a motorbike through 110 countries and visited 140 in total. What, how, who, where, why, oh my goodness!

It’s quite over the top isn’t it! We’d never have done it without Gareth’s organisational skills. We had a group that started out with us, especially on the first big trip across the Silk Road. Everyone brought different skills to the table. Instead of just travelling across, we had one guy who was an airline pilot but also a geologist, and he used to give us little lectures about geology. Dave who was a farmer would be there talking to the farming guys and learning how to use an ox and pulling a plow. The travels were so educational. You felt like you were constantly exposed to a world that you’d never anticipated. It changes your perspective on places and people.

How did mountaineering come into your picture?

Gareth had been invited down to Antarctica, so I went off and did this learn-to-climb course with a view to climbing Mount Cook the next week. They sort of nodded wisely and said, ‘We’d suggest a few other things beforehand’.

At that stage I met Wolfgang, who was very tough and didn’t talk much. He was German, English was his second language. He came across as being quite short in some ways and not very compassionate when you physically wanted to fail. We got on. For this strong bloke and this little nana, it just worked so well for me, having someone that totally ignored that fact that you were a little older and not as tough, and took you places that most guides wouldn’t.

One of the great delights was sleeping out, you’d get to the end of the day and you’d dig a little trench in the snow, put your bivy bag in it, climb in, and sleep and look at the stars and the satellites. You’re so removed from everything, it makes you realise that you’re just a little ant in the landscape. A little bit of dust that will blow away eventually. The more you can make your body do, the more experiences you can have, fantastic.

Are you comfortable talking about the avalanche on Mount Hicks?

What went through your mind?

It was quite surreal. This huge wave rose up in front of me and came down the hill and engulfed me and Martin and pulled Wolfgang into it. It was like being tumbled through a big surf wave. It was a soft and fluffy avalanche, it wasn’t really hard. It set once it stopped and I was surrounded by all these blocks of ice, but just couldn’t believe it: I didn’t have a bruise. It did make me feel like a bit of a fraud. ‘This can’t be real.’ But here I am.

I was totally buried into the hill, I just had my face out. I called out and there was no reply. I gave another couple of yells and realised that there was a clock ticking. If you’re buried in an avalanche, you’ve got very little time, even if you’ve created an air pocket. I proceeded to dig myself out and got my chest and back cleared by pushing snow backwards down the hill. It was probably almost an hour after the avalanche hit that I got my feet out and had untied myself from the rope so I could stand up and then my phone rang, and it was the beacon people saying, ‘A beacon’s gone off, are you okay?’ And I said, ‘As it happens I’ve just dug myself out and there’s nothing wrong with me but I’ve lost both the boys.’

How does an experience like that change your perspective?

I hadn’t realised how many people cared about me. It was really amazing the people that came out of the woodwork and the people who gave you a hug. It is quite special but I’d always known the mountains were a cruel mistress. I’ve been mountaineering only really 10 years from the beginning to now, and the people I met who were subsequently very injured or died… It’s not a pursuit that you should take up while you’ve got dependent children. That’s what I tell my children!

You started climbing again after what happened. Was there any reluctance there, fears you had to overcome?

No but it was interesting going up a snow slope, and I’m making all these avalanche assessments, probably not particularly scientifically, thinking, ‘Oo, I don’t know if I like this’. But I’m really looking forward to some more climbing.

I went and climbed in Greenland too in the peak of my passion, that was interesting. They all have their stories. And I went off to Russia and climbed Mount Elbrus. I said to Gareth, ‘I think I’ll take a language course’. So I went over and climbed and practised ordering hot chips and beer.

What was the process of writing Dancing with the Machine like, putting all your adventures into words?

I’d always kept notes that were very half-finished. I was easily distracted. I’d write a little bit and go off at the end of the motorbike ride for a meal and stop halfway through a sentence even. This was the beauty of having John McCrystal help pull it all together. He did the collation and a lot of writing. I sent him a lot of the emails that Wolfgang and I had [exchanged]. Him telling me to stop drinking champagne, stop hanging out with all your fat friends, go to the gym! He was black and white with some of his comments. It was great having someone to tell you you’re slack.

Looking back over all these amazing things you’ve done, which moments stand out the most to you?

The kindness of strangers is probably my biggest take, especially in the motorbike world when you’re out in the middle of nowhere and something goes wrong. You’re very vulnerable. With the climbing especially it makes you realise how much tougher we all are than we give ourselves credit for. We sit here in our comfy cars and our air conditioning and we are leading pretty soft lives. But shivers, we’re capable of so much more.