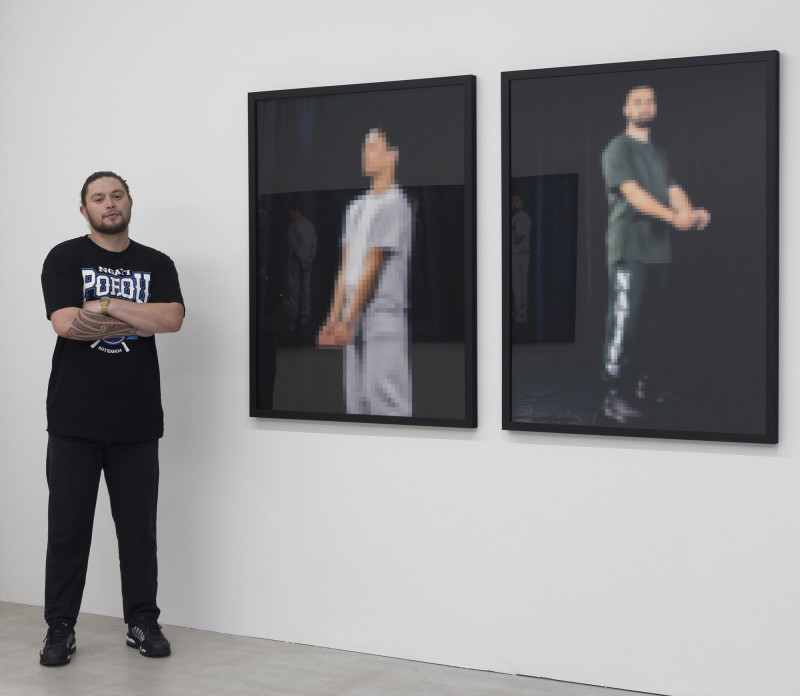 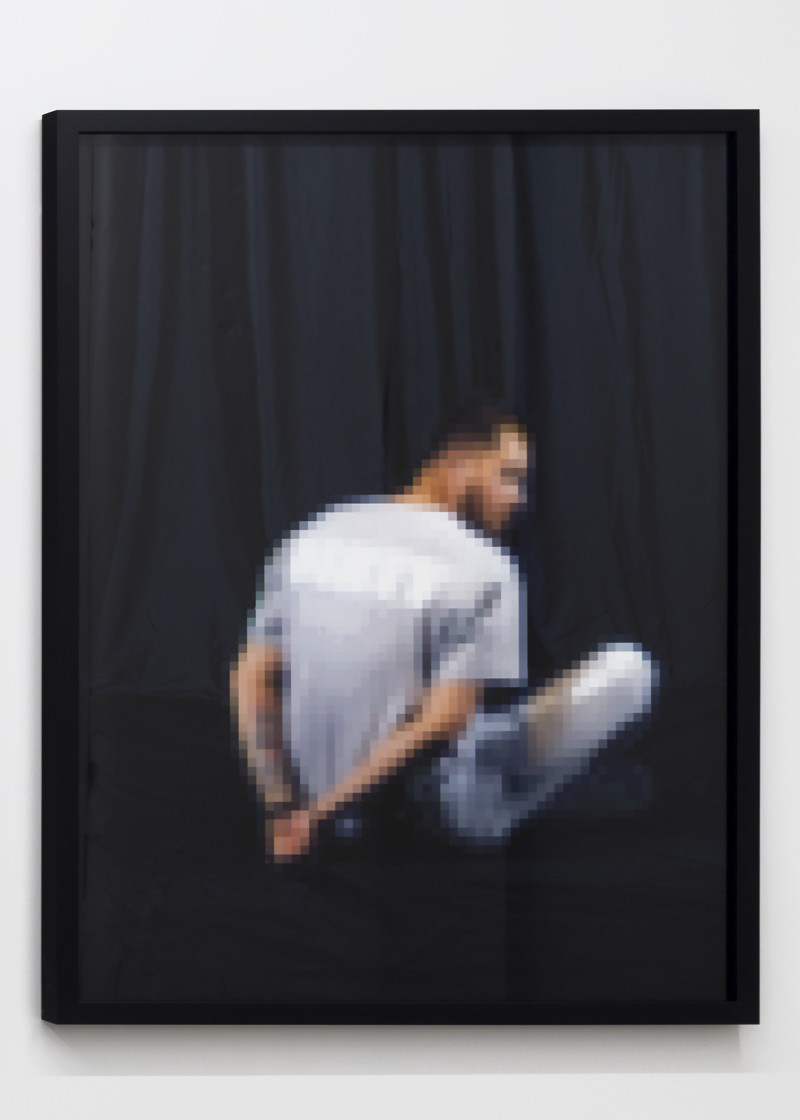 The misrepresentation of Māori men by Sam Hollis

Māori men in contemporary Aotearoa are too often seen as simply that, Māori men. Pōneke-based photographer Chevron Hassett tackles this perceived lack of individuality in his latest exhibition JustUs, running at Enjoy Contemporary Art Space until the 13th of February.

The images recall visual tropes that have saturated representations of Māori men in New Zealand, past and present. The large-scale photos feature pixelated, cuffed men, their clothes inspired by the uniforms worn by inmates at Rimutaka Prison.

Hassett says the concept for the exhibition “came out of a deep feeling for my community and my own personal experiences as Māori in this country.”

“I’ve had this on my mind for almost 20 years… Seeing my father in chains in prison, seeing police beat my friends, how the education system made us feel less, how I’ve been treated by the colonial system, and how those around me have been too. We talk about it daily because these things are still happening to us as we speak.”

“We hardly have control of how we are seen or heard,” he says. “I wanted to strip away the identity of each man, take the pixelated visuals from criminal pictures, and allow the viewer to assume the rest.”

During the final weeks of the exhibition’s run, Hassett will solidify this concept by removing the artworks and replacing them with the uniforms worn by the anonymous figures.