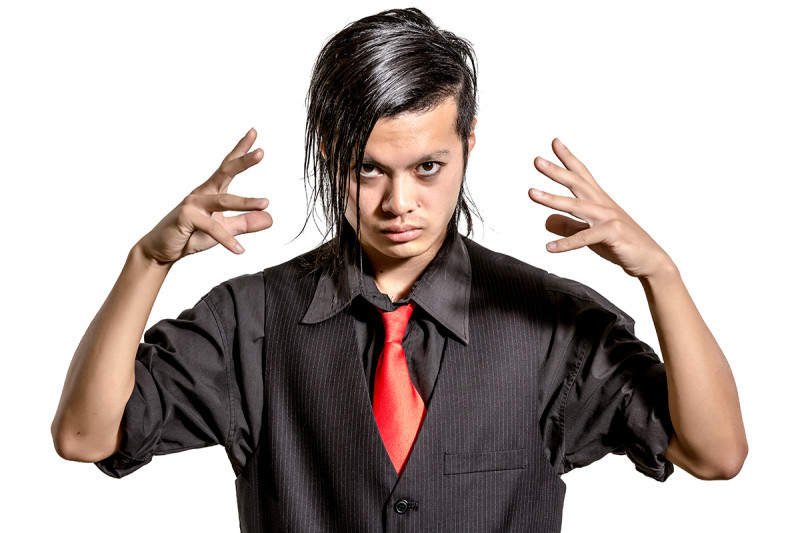 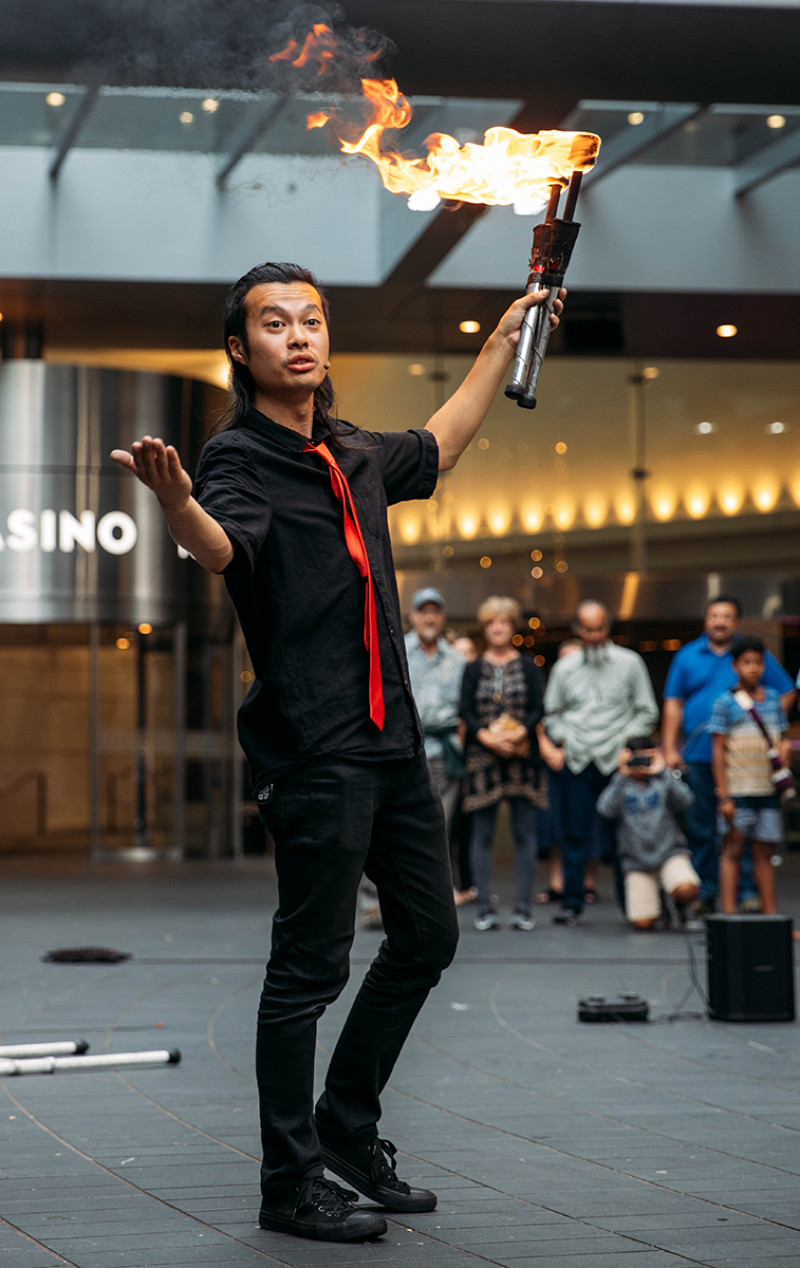 What fascinated you most about magic and circus arts growing up?

It was always the sense of wonder whenever a magic trick was performed. I also grew up watching the circus and it still is fascinating to see the Big Top set up and seeing all these amazing performers doing extraordinary tricks.

You’re now a juggler, magician, and circus stunt performer. Where did you learn these skills?

I’m mostly self-taught so I learned everything the hard way! I’d spend every day learning card tricks and performing them during break in high school pretending I was a street magician like Cyril Takayama. Then my sister Lisa (who is now a world champion juggler/kendama player) taught herself how to juggle and within a few days she was juggling three balls. I thought it looked easy and decided I’d give it a try... it wasn’t easy. Over the years I’ve met a few jugglers who’d come through New Zealand for a festival or a circus and I took those opportunities to learn from some of the best.

At what point did you decide to go for it career-wise?

When I was in Year 10 I got my first-ever paid gig, fire juggling for a corporate event. After learning I could get paid to do what I love, I knew it was exactly what I wanted to do as a job! After graduating high school, I ran away with the circus, then became a street performer.

When did you become Kozo Kaos?

I used to go by my real name Kozo Komatsubara, which people have difficulty spelling or pronouncing. I’ve been introduced on stage as Kumarabatsu once... maybe twice. But it wasn’t until 2015 when my friend Paul Klaass came up with Kozo Kaos. Now I have people misspelling ‘Kaos’, which is not as bad.

How did your first-ever street performance go?

The first time I did a street show was actually at a festival. The show went great. A few years later after only performing at festivals and markets, my good friend and someone who I consider my mentor, ZakTakular, asked if I wanted to come out to the streets and do some ‘real’ street shows so I met up with him at Queen Elizabeth Square in Downtown Auckland. I gave it a try and failed. I struggled to gather a crowd and my tricks didn’t get any response. After this show I realised I had a lot to work on.

You’ve since performed around New Zealand and in Australia, Japan, and the UK. What have been some of the highlights?

I got to perform at the famous Covent Garden in London, known as the home of street theatre. It has been one of my goals to perform there and also Edinburgh Fringe, the world’s biggest performing arts festival. That was such an amazing experience, seeing all my performer friends in one place. We did shows, watched shows, and hung out every day for a whole month.

What are some of the challenges of what you do and why do you keep doing it regardless?

Dealing with weather. Sometimes you’ll get rained out halfway through your show or it’s super windy, making it difficult to do some of my tricks. And drunk people, one time I had someone walk in mid-show who took his shirt off and challenged me to a fight while I was up balancing on top of the ladder. Luckily I had some kind audience members who helped clear the situation.

I keep doing it because I love the lifestyle. I absolutely love travelling and doing my show in different countries and cities, making people laugh, smile, and amazing them with my tricks. It’s a great feeling when you can gather a bunch of strangers who weren’t expecting to see a show and we all have a great time. That’s real connection right there.