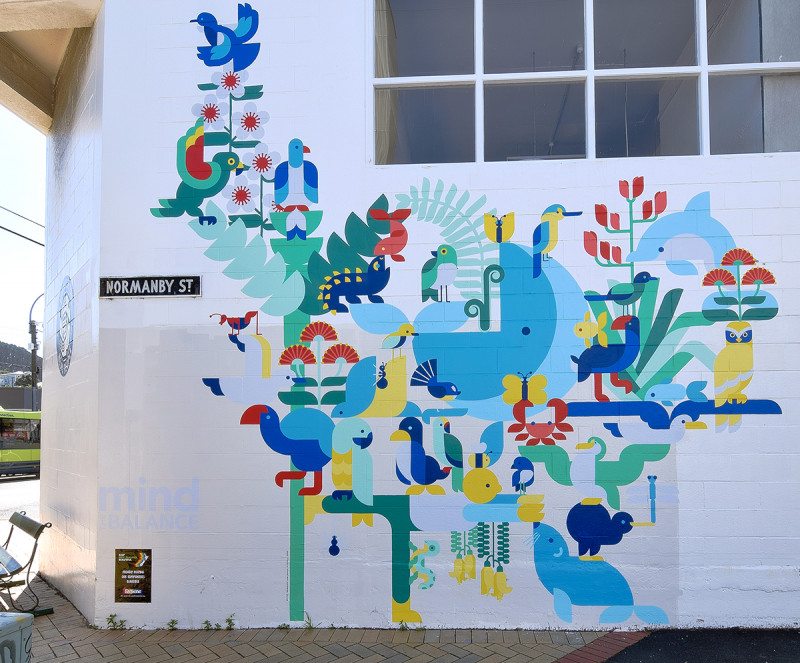 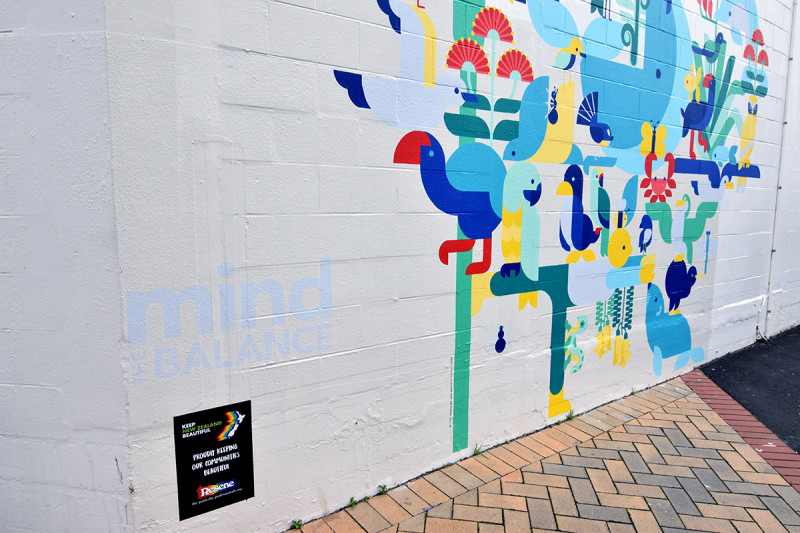 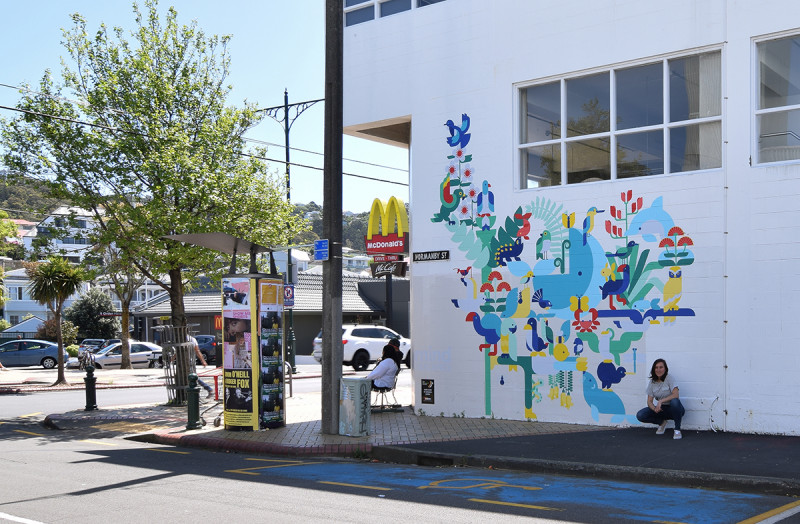 What was your brief for Keep New Zealand Beautiful’s Resene Nature Murals Competition and how did you and James collaborate on the design?

The competition brief was to paint a mural with an environmental message that will visually enhance the local community. James and I are partners in life and we love collaborating on projects. For this design we spent a lot of time discussing the message to incorporate and the different ways we could communicate it. James was the person I tested my ideas and graphic research with, which allowed me to have constructive feedback, to push more when it was necessary, and to feel confident about the results.

What was your concept for Mind the Balance?

Our concept was to express that we humans are part of the complex and beautiful balance of nature. Not outside, not above, simply part of it. The concept might sound basic, but it is something we often forget and can sometimes lead to actions that are harmful for the living world and ultimately ourselves.

It seems that an important part of the concept was the idea that human beings and nature are interconnected?

Yes, but even more than interconnected, human beings are part of nature. To visually express this idea, I placed a human character who is designed as simply as all the other forms in the centre of a pyramid. I played with the concept of balance to link every element to each other.

While the mural has serious undertones, the simple, playful aesthetic makes it a joy to look at. Was that balance of visual appeal and messaging important to you?

It was important to appeal visually. We really wanted to deliver our message in a positive way with the hope to inspire people. As a graphic designer, I chose to approach this project by constraining myself with the shapes. Every creature had to be designed by a combination of quarters of a circle and squares. It was truly like a geometrical game, and maybe that explains why the style is so playful.

As young artists, was this project significant to you?

Being my first street mural, it represents a real accomplishment. To me, being allowed to paint on a big wall was a childish joy! What was even more significant was to express a message we strongly believe in and care deeply about. I want to say thank you to all the people who made this project possible, from the scaffolding company and our helpful friends to the cheering comments made by the public in the street. As a foreigner (I am from France), I feel grateful for this opportunity and for the warm welcome I received.