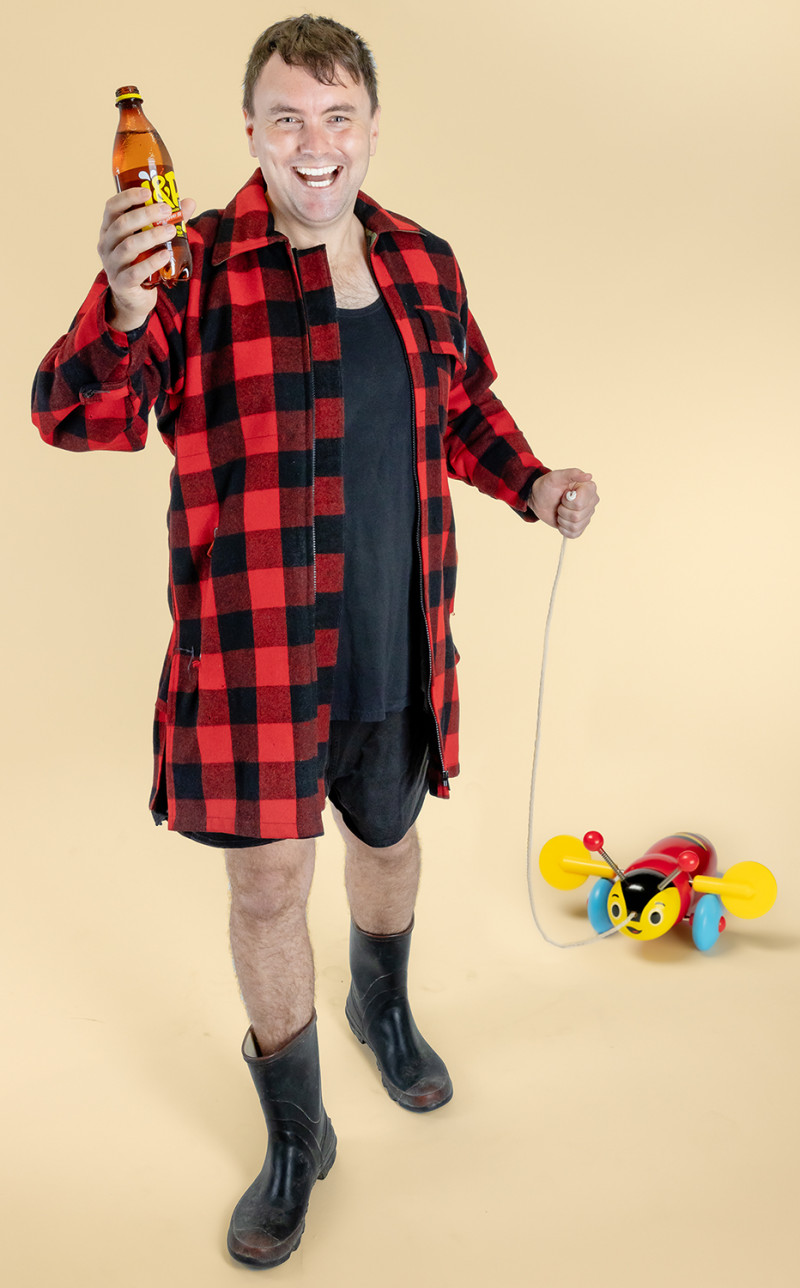 All Tom Sainsbury’s friends had Snapchat on their phones but he thought the app was silly. That is, until he downloaded it and started making 10-second videos that were super popular with his mates.

“And then my acting agent suggested I do a public fan page and it really took off”, the comedian, playwright, and Wellington Paranormal star says. “But, at no point did I expect it to gain such traction. I was just having fun.”

With wigs, filters, and sass, Sainsbury uses Snapchat to parody well-known Kiwi celebrities and politicians, like Simon Bridges and Paula Bennett, as well as quintessential New Zilund characters, including the Useless Farmhand, the Martyr Mother, and the Officious New Zealander who narks on his co-workers for the mildest of misdemeanours. He says there have been so many fun stereotypes to take the mickey out of, but his favourite would have to be the Boomer Dad.

“I’m basically mimicking the men of my father’s generation – being unable to work the microwave, having opinions on almost everything, being very good at fixing cars.”

Sainsbury’s satires have proven so popular, he became known as the Snapchat Dude and released a book collating the characters into an easy-to-use field guide with HarperCollins in 2020. Now, after COVID cancellations, he’s bringing Snapchat Dude Live! to The Opera House on the 31st of May and Te Raukura ki Kāpiti on the 2nd of June.

“I’m feeling a bit rusty but hoping I’ll come alive in front of the crowd”, says Sainsbury, who can now add foodie to his extensive resume thanks to his turn on reality TV show Snack Masters NZ. “It’s also [great] to get instant feedback from an audience. Doing videos by myself in my living room often leaves me wondering what even is funny. I’m just so honoured people will be coming to see me perform. It’s a real thrill.”