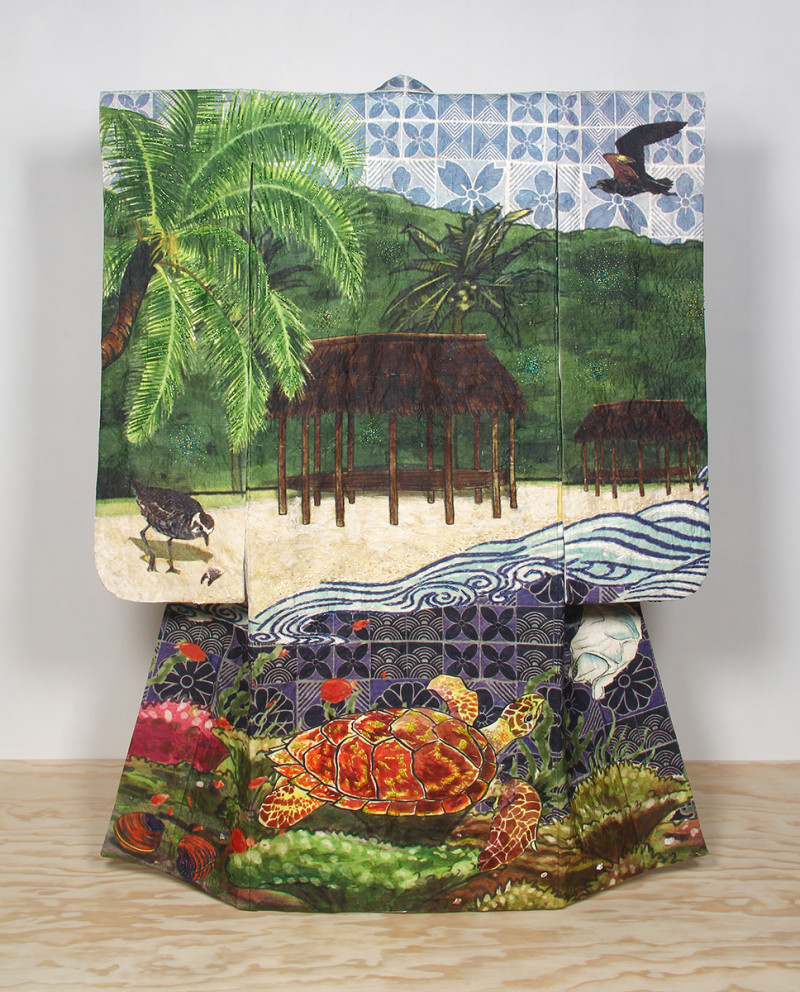 In 2022, Yuki Kihara will become the first Pacific artist to represent New Zealand at the Venice Biennale. Catch a glimpse of her latest ongoing series サ-モアのうた (Sāmoa no uta) A Song About Sāmoa at Pātaka Art + Museum, on display until the 28th of February.

A Song About Sāmoa melds practices representing Kihara’s multicultural heritage in a series of garments inspired by the Sāmoan siapo (handmade bark cloth) and the Japanese kimono. This combination of influences emits an intimate expression of the artist’s Japanese-Samoan experience. This is the first iteration of what is planned to be a five-year project that will eventually comprise 20 siapo kimono.

The catalyst for the series was her grandmother’s brown kimono, which also features in the exhibition. Kihara has already spent two years researching, examining kimono and textile collections in Sāmoa, New Zealand, and Japan.

The fusion of these distinct styles allows Kihara’s experience to bleed through the fabrics. Japanese cherry blossoms are transformed into Sāmoan tapa patterns, Japanese watercress is translated into an ocean pattern.

Curator Ioana Gordon-Smith says the siapo kimono are presented as “sculptural objects as well as a surface for illustration”.

“An oceanscape spreads across all five, the distinctly Japanese wave forms, siapo patterns, and the semi-circular seigaiha [Japanese wave motif] explore the cultural, social, and political connections between Japan and the Pacific Islands, specifically Sāmoa.”