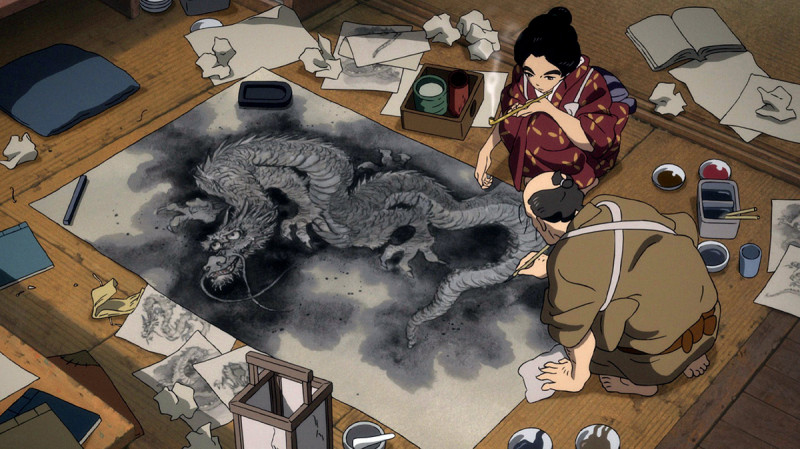 From Kurosawa to Miyazaki, Japan is home to a vibrant film history filled with colour, intrigue, and wonder. Each month the Embassy of Japan hosts two free Film Nights to celebrate this rich filmmaking culture, and this time they’ve picked a contemporary classic, Miss Hokusai.

The 2015 anime is set in 1814 Edo (now Tokyo) and delves into the untold story of O-Ei, the daughter of Katsushika Hokusai, a renowned artist admired by the likes of Van Gogh, Monet, and Debussy. Few knew of the free-spirited woman who assisted Master Hokusai with his paintings while remaining uncredited, overshadowed by her larger-than-life father.

The film is spoken in Japanese with English subtitles. Organised by the Japan Information and Cultural Centre (JICC), the screenings will take place at the Embassy of Japan at 5:15pm on the 26th and 28th of January.

The Embassy’s Film Nights have been popular for well over a decade, with classic, animated, and Godzilla movies attracting particularly large audiences. The JICC also manages the annual Japanese Film Festival, which staff member Roseanna Finkle-Vern says extends its reach further each year.

“We expect our ongoing efforts will encourage more and more people to be interested in Japanese films and Japanese culture.”

Admission is first come, first served. As with each Japanese Film Night, Miss Hokusai will be preceded by a short film that introduces audiences to aspects of Japanese culture.

“For example, our most recent one showcased Japanese face masks, Edo Furin (a traditional wind chime), Avatar robots, and regeneration of coral reefs. There is often a mix of modern technology, tradition, and natural phenomena in and around Japan.”