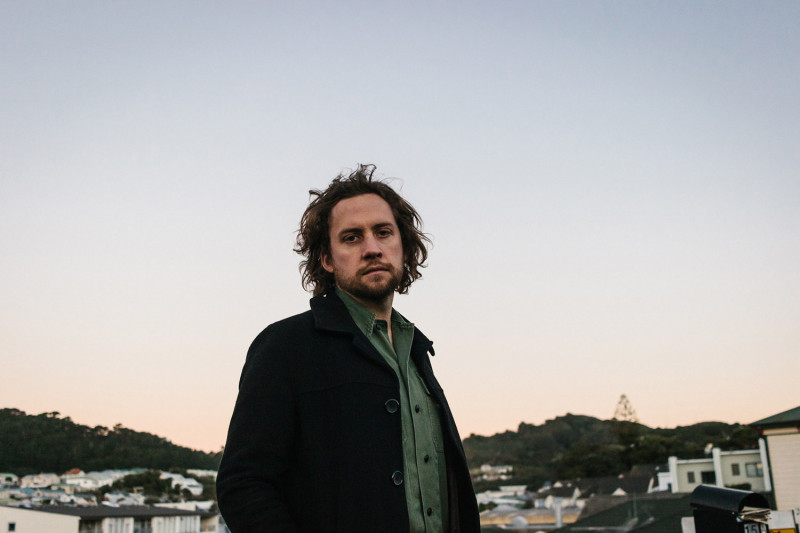 Miles Calder snaps out of autopilot by Madelaine Empson

Miles Calder wrote his debut solo album Autopilot Life in the lead-up to the end of a long-term relationship.

“The funny thing is”, he says, “if I’d actually examined my own lyrics I would’ve had the realisation that I wasn’t on the right path sooner. It’s a break-up album in genesis but I think it also got to something more universal in the snapping out of autopilot.”

Routine, day jobs, scrolling, mindless entertainment… “Autopilot is pretty self-explanatory”, the Wellington songwriter continues. “And the album is written from the gradual waking up from living an unexamined life.”

While a bit of melancholy is a given, you’ll hear a healthy amount of self-deprecation, recognition of the nature of the problem, “and hopefully some implied hints towards the possible ways forward”, reflected in sonic shifts between “layered wandering psychedelia, chugging rock and roll, and atmospheric ballads”.

Calder’s sound was perhaps best described by Charlotte Ryan of RNZ: Music 101, who said “if you like Kurt Vile, or Father John Misty, or The Phoenix Foundation, you might quite like this.” He agrees, citing the three as definite influences but adding late-60s, early-70s psychedelic rock from the likes of The Beatles and Pink Floyd into the mix.

Melding rocking guitar rollers and quiet ballads, Calder and his band will end their nationwide tour of Autopilot Life at Meow on the 4th of June.

“We can’t wait for this hometown show. It’s been fun touring the album around and for the first time seeing people in the crowd know the words, but we know Wellington is our biggest audience still, so I think it’ll be even more of this and a bit of a party.”