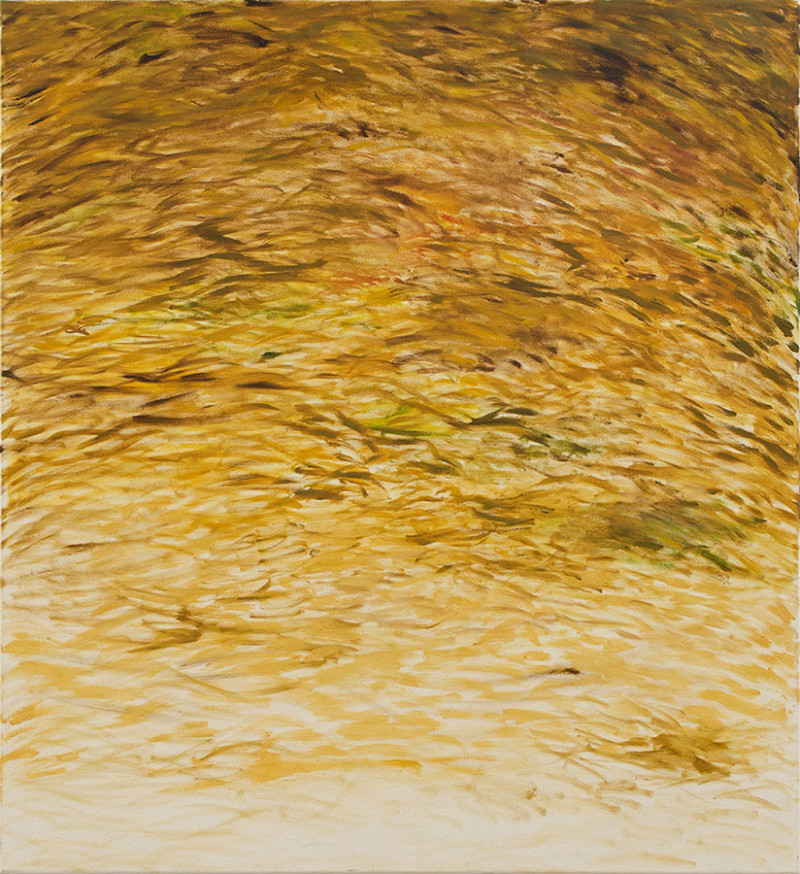 Let the light in by Harry Bartle

“I have realised that my studio doesn’t let in much sunlight — this giving an explanation as to why I can’t stop painting in yellow. I am simply trying to paint the sun.”

This perfectly sums up Sun Room, which includes 12 oil paintings selected from a collection she has been working on since late last year.

“I am analysing my relationship with the sun, and how it is a fundamental aspect of my existence and daily life.”

Each piece in the exhibition is delicately unique. In works such as MO(U)RNING SWIM and ORCHESTRA the entire canvas has been covered in paint while in MARIGOLD and SPORTS STAR vast areas have been left untouched. Some consist of wisps of overlapping brushstrokes, others slanting swirls or several open shapes resembling the letter D. Every piece has been created using the artist’s favourite brush, now worn down to just a bristly nub.

For Wilkinson, music has taken on the role of a guiding metaphor in Sun Room, saying both paintings and an orchestra “have the ability to capture movement, scale, colour, and intimacy and turn these into new feelings for viewers, even if it’s just momentarily.”

Allowing a lot of natural light to enter, the paintings are also sunbathing in their space at Jhana Millers Gallery. Witness them in all their glory until the 10th of September.