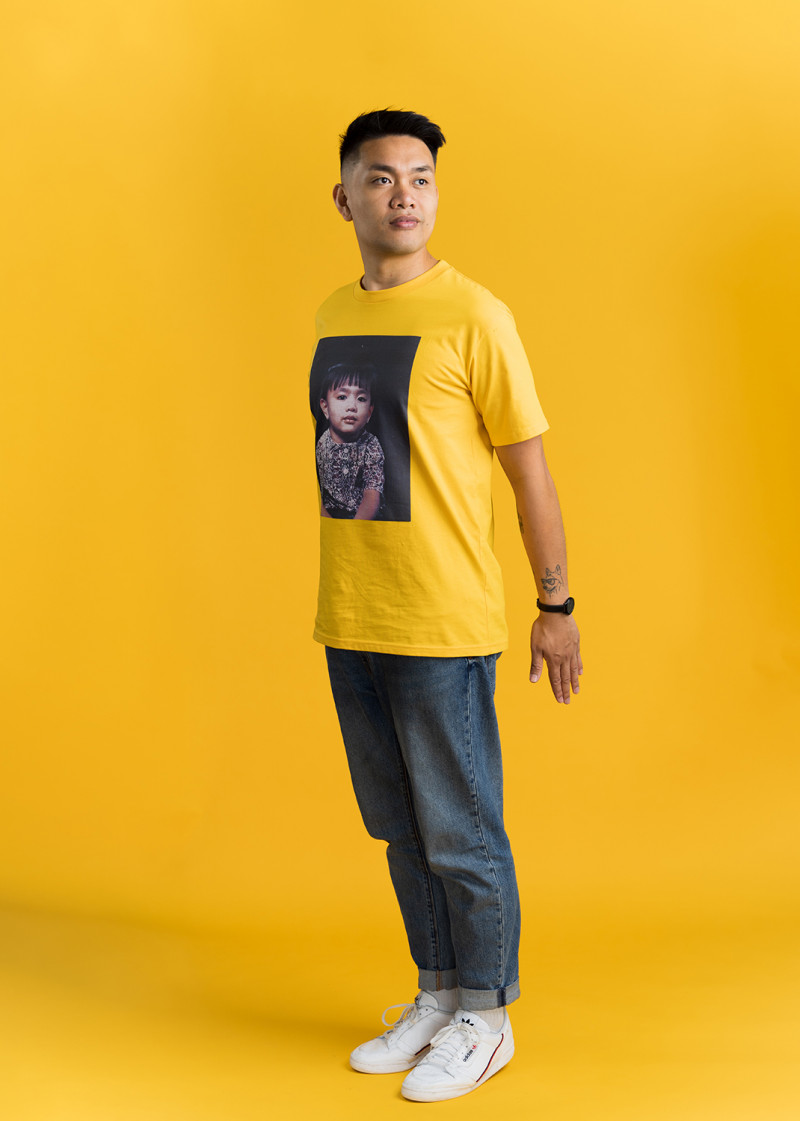 James Roque describes himself as the Filipino stepson of New Zealand comedy. The writer, actor, comedian, and motion sickness sufferer is a regular face on our stages and screens. He has starred in television programmes like Have You Been Paying Attention? and 7 Days, performed multiple successful seasons in the New Zealand International Comedy Festival, and debuted his 2019 solo show Boy Mestizo to sold-out audiences in Melbourne, Sydney, Wellington, and Auckland.

Now Roque, who is one-third of the sketch comedy trio Frickin Dangerous Bro and a co-founder of Proudly Asian Theatre, a theatre company dedicated to showcasing more Asian-NZ stories onstage, has a new show to his name. Badong is goofier and lighter than Boy Mestizo, which explored intergenerational trauma, but still has a big heart. Running at BATS Theatre from the 21st to the 23rd of June, Roque hopes that Badong audiences will have fun and be able to see themselves in the work. And if they can’t, he hopes they might learn something new, using his experience as a springboard for self-reflection.

You’ve been in the comedy game for 12 years now. What keeps you there?

I really enjoy the feeling of having a room full of people laughing and enjoying themselves and having fun. That feeling is unmatched. It’s such a pure and condensed version of joy. This thing that you can’t capture again in that room. Also I love the craft; I’ve really fallen in love with the intricacies of making comedy. It’s just the best job in the world. You get to be silly and people give you money – that’s crazy.

In terms of developing the craft, how do you think your comedy has evolved since you first set out on the scene?

I’ve always talked about my ethnicity and my race on stage as a Filipino New Zealander, but I feel like the way in which I talk about it has shifted. Prior to when I first started doing comedy, I was still very much in my early journey of reclaiming my culture and my heritage and identity as a Filipino New Zealander. When I started, I was in high school and back then if you said, ‘Oh you're Asian but you’re not that Asian’, I’d be like, ‘Oh that’s a compliment, that’s cool’. Over my twenties I started to accept who I am a lot more. I’ve decided that my comedy should reflect that. I should be more proud about where I’ve come from and my culture and my heritage and I should use comedy as a vehicle to celebrate that rather than – for lack of a better term – sh*t on myself about it. I would give people an excuse to laugh at me rather than laughing with me and understanding how different cultures are but celebrating that.

Why do you think comedy is a good vehicle for communicating important messages like that?

Comedy is super disarming. If you can make someone laugh, build that rapport through laughter, they’re a lot more willing or ready to listen to ideas, or maybe a new point of view that they hadn’t considered before.

What’s your show Badong about?

It’s about the name Badong, which is my childhood nickname that my Filipino family gave me. At its core, the name refers to a young boy, and I am 30 years old. I have a sore back now. So the main question of the show is, is it time to retire Badong?

I want to ask what the answer to that question is, but I won’t make you spoil it.

Where it lands? I’ll leave that as a mystery, but the show is a vehicle for me to reflect on how I see myself as a Filipino in New Zealand. That’s the heart of it.

You’re touring Badong to 10 centres here before heading off to Edinburgh Fringe for the first time. What are you most looking forward to about the New Zealand tour?

Honestly, meeting the Filipino community in all the centres. I love when people turn up to shows regardless of background or culture or ethnicity, but I’m especially grateful and humbled when the Filipino community in each area shows up. I know growing up in New Zealand (I moved here in 99), there wasn’t someone on mainstream TV that looked like me. I want to show that there’s someone here for them.

You have a background in theatre, playing the lead role in Indian Ink’s touring production of Kiss the Fish for example. How do you think your experience as an actor has helped you in the comedy world and vice versa?

The really wanky, pretentious TED Talk answer is that both artforms are just seeking the truth. If you do stand-up and you’re not truthful, audiences will sniff you out and it won’t work. My experience as an actor has helped me in that I’m able to be a bit more vulnerable on stage, which is, I think, crucial if you want to be a good comedian. I’m a bit more open. In both artforms, you learn that failure is good. To fail: that’s how you learn and get better.

On that note, have you had any teachable moments in your career that you’d pass onto other performers?

So many. I’ve never been nominated for the Billy T Award. For years when I didn’t get that nomination, I carried that with me. It was quite poisonous and toxic. It made me jealous and envious of my peers. That was a big learning experience for me, and this is actually credit to my counsellor at the time, she just said you got to keep knocking on these doors. Yes, some doors will close, so go knock on another door. Run your race, knock on your own doors, make your own work, manifest your own opportunities.

What have been some of the biggest highlights of your work so far?

I managed to tape my first stand-up comedy special that aired on TV Three a couple of weeks ago. That was the biggest milestone in my career so far. I had an entire 90-minute slot on telly where it was just me talking. That’s nuts. Like, what? I could have never dreamed when I was a child watching TV here that I’d see a Filipino person do that. For me that was a big deal, to be able to wave that flag on TV. Also I think it’s a physical manifestation of that mantra: knock on doors. Even that special, the network didn’t commission it, no one was asking me to do it. I just willed it, with the help of a team, into existence. Even when we were like, we’re gonna do this, people were still saying no to us and we didn’t get funding. So we did crowdfunding. All these doors kept shutting. Full credit to my team, my friend Square, I had people to just remind me of what the kaupapa of the project was and to keep knocking. It was the end result of a lot of hard work and I was really, really proud of it. I’m trying to manifest that we’re gonna get that show on HBO Max, keep the hustle and the ethos going.

Have you got any other big goals you want to check off in the future? Where to from here?

I’m moving to Toronto in February with my partner. It’s like another extension of the ethos, let’s see what we can achieve over there. Really push myself. The only way to get better at stand-up is to put yourself in an uncomfortable situation. And that is one!