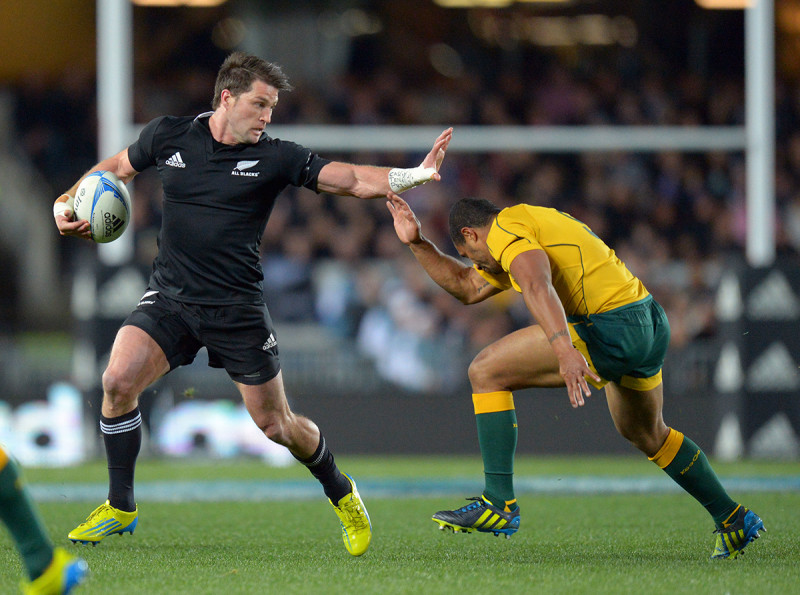 I’m going to be an All Black by Harry Bartle

Cory Jane is one of the most successful rugby players born in Upper Hutt. The outside back played 55 games for the All Blacks, scoring 18 tries and winning multiple trophies. He was a key member of the 2011 Rugby World Cup winning team and became known around the world for his lethal fend and outstanding ability under the high ball. Jane also made 123 appearances for his hometown club the Hurricanes, where he scored 160 points and helped lead the side to their inaugural Super Rugby Championship in 2016.

A known jokester off the field, Jane swapped his playing boots for a coach’s whistle in 2020 when he started as an assistant coach for the Hurricanes. He also won a Commonwealth Games gold medal with the New Zealand Sevens team, spent time playing in Japan, and went through his fair share of ups and downs during a 14-year professional career. It was great to chat with the laid-back rugby icon.

What was it like growing up in Upper Hutt and why have you stayed there so long?

I was born in Naenae but my family moved to Upper Hutt when I was five and that’s where I started playing junior rugby. It was just a cool little place back in those days. Life was a little bit more relaxed, like Mum and Dad would let you roam the streets as long as you were back before lights out. It was an awesome place to hang out with friends and family. And now it’s still home. Even though I work in Newtown, which is where I have worked since 2004 when I first started making it in rugby, I still love Upper Hutt and the relaxed pace out here. I also love Wellington as a whole, it has everything my family and I need.

Did you always dream of becoming a professional rugby player?

Yeah pretty much. I started playing junior rugby for Rimutaka when I was six and from then on all I wanted to be was an All Black. Not even a professional rugby player, that didn’t worry me so much, I just wanted to be an All Black. I grew up watching them and I thought it would be so cool to play for them because they were the best. I wasn’t great in school, I didn’t understand a lot of it and maybe it was me not putting in the time because all I could think about was being an All Black. I even had teachers say, ‘You need to do your schoolwork’ and I would reply ‘Why? I’m going to be an All Black’. Which is cool and all but I probably could have done with a backup plan if I didn’t make it [laughs].

Before playing for the All Blacks you found success as a sevens player. Was that a big steppingstone for you?

I actually missed out on a lot of rugby teams in college whether it was not getting picked or not even getting the opportunity to trial. I decided to try out for New Zealand Under 21s and I also missed out on that so when I got the opportunity to play for Wellington in this sevens tournament down in Queenstown, I gave it a shot even though sevens wasn’t a focus for me. I managed to get picked for the New Zealand team from there. Those were some of the hardest trainings of my life under Sir Gordon Tietjens. We just ran and ran and ran but that really improved my work ethic. Sevens propelled me into the next part of my career.

Your first game for the All Blacks was in 2008 against Australia in Hong Kong. What were your emotions when you ran out in the black jersey?

It was actually the first All Blacks’ game I had ever gone to. I told myself that the first game I would watch live would be the one that I first play in, so I turned down plenty of opportunities to go and watch over the years. I was 25 when I made the All Blacks which is pretty old for a debut so if I didn’t make it soon I was going to have to start going to live games [laughs]. But anyway, I had finally done it. I was on the bench and everyone was going on so I started to stretch and stuff in front of the coaches because I didn’t want to just sit there the whole time. I think I got six minutes in the end and they were the greatest six minutes of my life. I fulfilled my dream in that moment. I had a taste of it and now I wanted to be one of the best in the world.

Three years later you were selected for the 2011 World Cup team. That must have been a special moment?

Definitely but it was pretty difficult leading up to that. At the end of 2010 I sat down with the All Blacks’ coaches and they asked me to put on four more kilograms of muscle. They reckoned if I got up to 95kgs I would be unstoppable. So, I did that and I got into the Hurricanes season and I’m trying to play rugby at 94, 95kgs and I just feel super slow. Then I was only selected as injury cover for the 2011 Tri Nations and that pi***d me off. So, I went back to 91kgs and changed my whole mindset. I felt comfortable with myself again and I was lucky I got to play against South Africa here in Wellington and scored a couple of tries. A few months later I made the World Cup in New Zealand which was awesome.

I have to ask about that World Cup final. An 8-7 win over France. Was that the most intense game of your life?

Apart from playing in that game, I have never watched it again. At the time I felt like we had played our final against Australia. We lost the Tri Nations to the Aussies before the World Cup so when we found out we were playing them we were so excited, and it felt like we’d won the cup after that. But man the French were pumped up for that final. We scored a great try at the beginning but I remember in the second half the pressure really came on us. I would ask Izzy [Israel Dagg] ‘What’s the move?’ and he would look at me like a stunned fish saying ‘I don’t know, I don’t know’ and I’d say ‘well bloody ask them!’ The pressure was building and the crowd was so anxious. But I knew in the last few minutes we were gonna get it done. We probably would have been kicked out of New Zealand if we didn’t, but hey one point is enough.

Yes it is! You were known as the best in the world when it came to your ability in the air and your fend. Why were these elements of your game so great?

The high ball was all about confidence. I knew from a young age that you had to be brave when you go up in the air. You’ve just got to commit. When I was in the All Blacks the skills coach Mick Byrne, who came from AFL, taught me the best techniques as well. I worked really hard on it and every time I went up, I told myself ‘I’m going to win this collision in the air’. If I came down on my head that’s just part of the game. And the fend, well I wasn’t the biggest guy so I couldn’t bump people off [laughs]. It’s all about figuring out what your game is quick and improving those elements.

You were known as a real jokester off the field. Did you enjoy this role?

I enjoyed it but I don’t think anyone else did [laughs]. I liked having fun and I also knew that if I was able to be myself then I was going to be more relaxed on the field. There was one stage where I actually tried to be more serious and that lasted about two weeks. It didn’t feel right because I wasn’t being myself. That’s what I love about rugby, being on a team who can have fun because what we do on the pitch is so serious.

You played 123 games for the Hurricanes. There were some tough seasons but they finally won a title in 2016. Where does that rank on your list of highlights?

Right up there. The year before we got to the final and I was injured so I couldn’t play. Watching us lose sucked. So, when we got to that 2016 one it was my first time playing in a final in my Hurricanes career. We got to play at home as well so the stars just aligned. To get out there and win was something special because it has been such a long time coming. To reward the fans, players, and franchise with a championship was so cool.

You’re now an assistant coach for the Hurricanes. Was coaching always something you wanted to pursue?

When I was playing I didn’t really think about coaching much. It wasn’t until 2016 when I was a bit older and me and a few other senior players met up and decided to change up our defensive system. I also started talking to the coaches about more strategy stuff so it kind of came from there. I enjoyed it and it felt pretty natural. I knew I wanted to coach defence because I already had systems in my head I had created while playing that I wanted to use.

Three quickfire questions – highlight of your career, an All Black you loved sharing the field with, and toughest opposition player?

The highlight would be running out for my first All Black game because it’s something I dreamed about since I was six. Izzy Dagg was a great teammate and I also really enjoyed playing with Piri Weepu because he trusted me when I would call something, we always backed each other. The two guys I enjoyed playing against were Drew Mitchell, because of his competitiveness and he loved to talk a bit of trash, and Digby Ioane because he was so quick and powerful – I liked the challenge.

Lastly, you had about every hairstyle possible during your playing days – which one was your favourite?

Anything but the dreads because every time I had a bath I smelt like a wet dog.