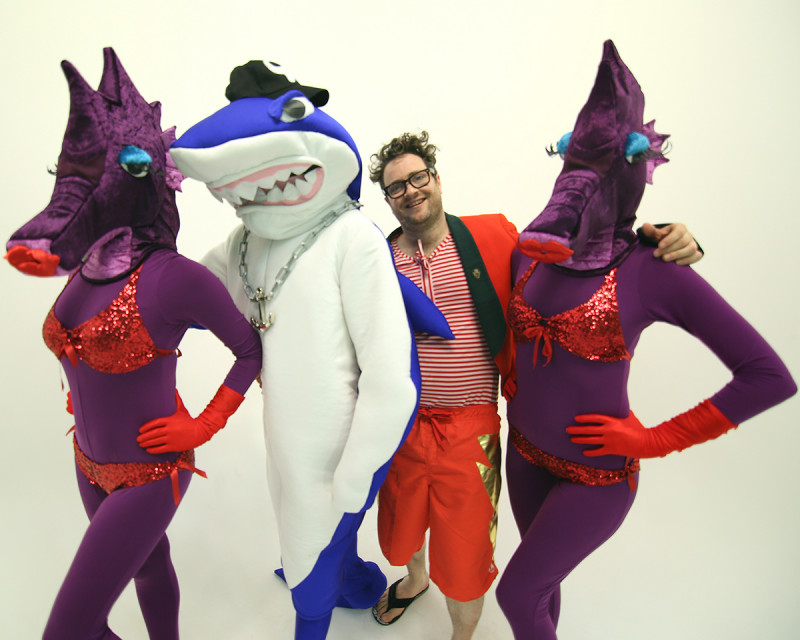 Gerry Paul on writing music for kids by Madelaine Empson

When it comes to children’s music, award-winning songwriter Gerry Paul doesn’t want to dumb it down.

“I think kids are capable of digesting sophisticated music and I always found a lot of the music you find in this genre to be a wee bit patronising”, he says. “So I get a buzz off playing a song with a rock/blues/folk/surf feel to it and seeing the kids reacting to these different genres and sounds.”

Paul is the frontman of Gerry Paul and the Elephant Tree Band, so named after the subject of one of his songs: an elephant bird called Julia who flies with her ears. With many grownup roles, like festival director of CubaDupa, his foray into writing for kids came about quite by accident and can be largely credited to a shark.

After winning the Grand Prize in the John Lennon Songwriting Contest with Hank the Wrestling Shark, he went on to self-publish a book of the same name that sold nearly 5000 copies. Many of his songs today are inspired by conversations he has and games he plays with his five-year-old daughter.

When I ask which one she likes best, he laughs.

“Well she is a tough audience, but I hear her sing my song We All Got Bones for days after I sing it to her. In the chorus I expand the ‘o’ vowel in Bones and give it some tremello, so I guess it is kind of catchy and is some sort of earworm.”

Gerry Paul and the Elephant Tree Band will play a wacky, wonderful family concert at St Peter’s on Willis on Saturday the 27th of February this NZ Fringe.