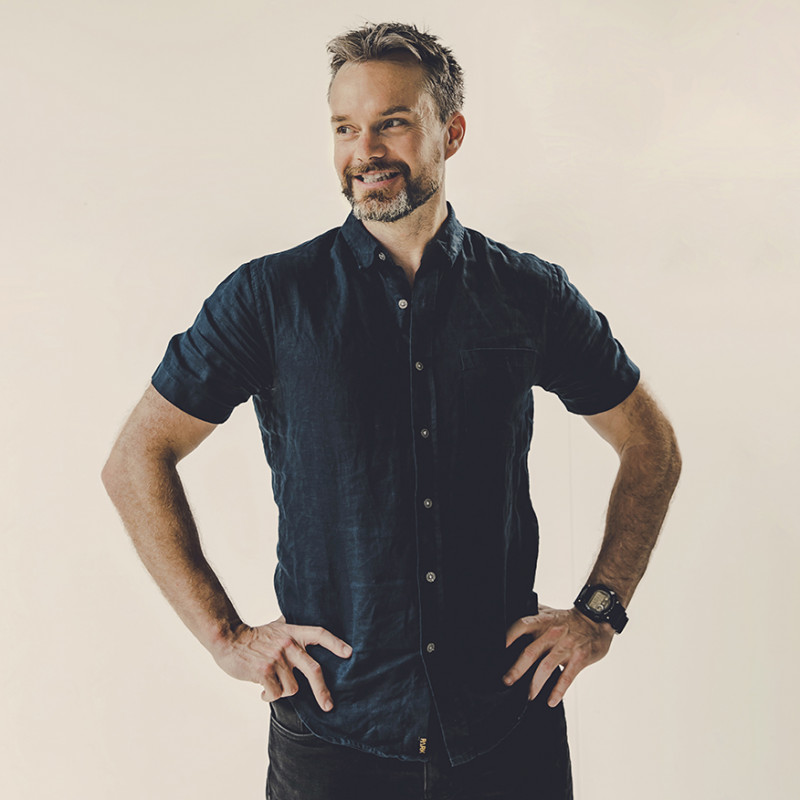 Forcing people to laugh since ages ago by Madelaine Empson

When Nick Rado was 19, he and his mate Liam submitted a business proposal to Porirua City Council to start a swim school at the Tawa School pool. It was to be called The Titanic Swim School – forcing people to swim since 1912.

“I have been entertaining/annoying people in important positions with my comedy ever since.”

Rado is a multi-award-winning writer, MC, and stand-up comedian (plus former lifeguard, hence the swim school shenanigans) who has opened for the likes of Rob Brydon, Aziz Ansari, and Russell Howard. He is the only comedian to have won the NZ Comedy Guild Award for Best Comedy MC five times.

Saturday the 23rd of July will be Carterton’s night to see those chops in action. Rado will MC the popular Saturday Laughs series, with 7 Days and The Project star Justine Smith as headliner along with Dave Wiggins, Sameena Zehra, Lesa Macleod-Whiting, and local newcomer Daniel Boerman.

When I ask Rado what he’s most looking forward to about working with these top NZ comedians, he replies that most of them don’t drink beer.

“So I will get to drink their backstage ones.”

You can find Rado wandering aimlessly around Freedom Furniture most weekends, but if you don’t want to risk missing your window, head to Carterton Events Centre for a golden night of laughs and entertainment.