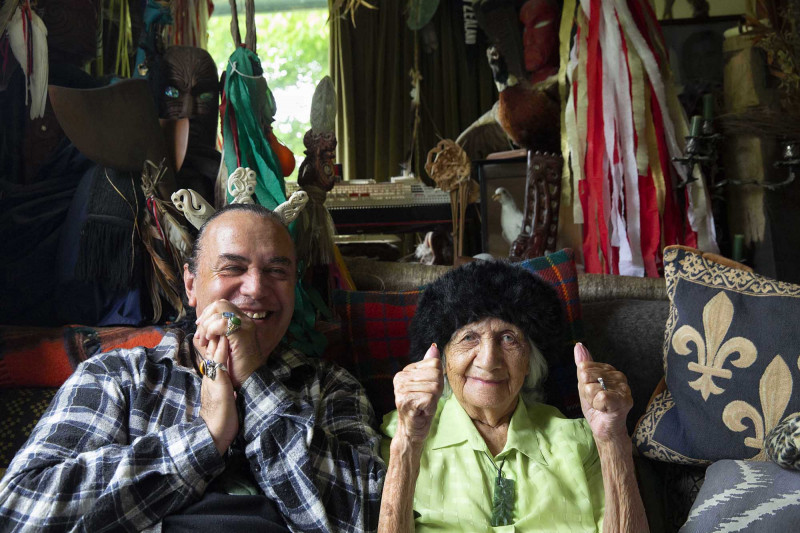 Living on a small farm in Kawakawa, Northland, James Cross has spent the last 20 years caring for his mum Isey, who turned 100 on the 3rd of April 2019. Northland filmmaker Florian Habicht followed the duo in the week leading up to the momentous day, capturing their infectious, enigmatic spirits in the process. Habicht will attend a Q&A screening of the film, James & Isey, at Lighthouse Petone on the 1st of May before it is released nationwide on the 6th.

James contacted Habicht after enjoying his 2004 documentary Kaikohe Demolition and pitched his idea for the film. While the director had promised himself that his next feature would divert from his documentary roots, he simply couldn’t refuse.

“It’s a weakness I have. If there’s a really, really amazing story to be told in a documentary form I can’t say no. I just have to start making it,” Habicht says.

Habicht decided to make James & Isey in a uniquely intimate way; he would not initially seek funding or hire an extensive crew, deciding instead to direct, photograph, and edit the film himself.

The director says James and Isey are “natural movie stars”. The pair ride around Northland in their Knight Rider-inspired Mitsubishi GTO adorned with the licence plate ‘BLACKX’ and wear clothes that blend traditional Māori attire with Western 80s fashion. They are descendants of Ngāti Manu, the Bird People, and share a strong connection with Papatūānuku.

“James and Isey are the treasures the world needs right now,” Habicht says. “Rich with life, their unique world is crafted from a spiritual relationship with the everyday mixed with the art of dreaming and a great appreciation for what they have.”