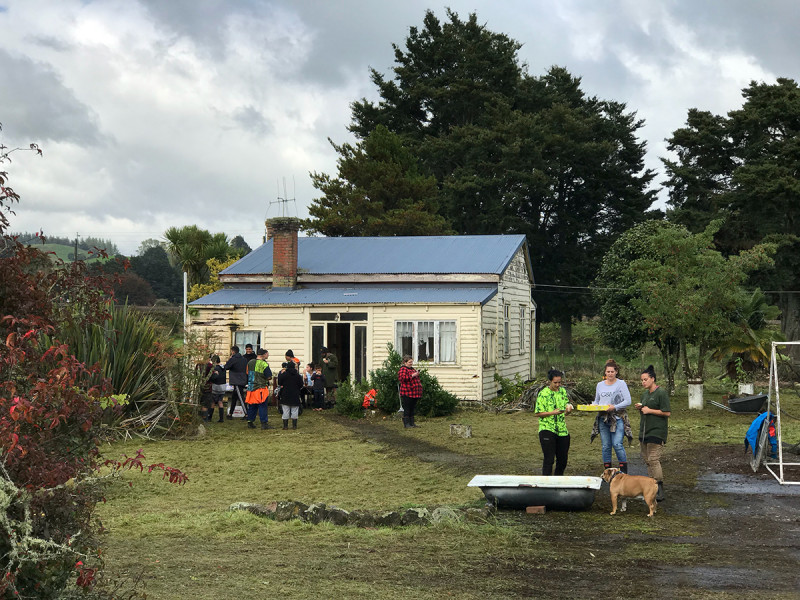 Father and daughter connect in new exhibition by Sam Hollis

For photographer Sara McIntyre and her late father, artist Peter McIntyre, Kākahi in King Country is their tūrangawaewae (standing place). The Wellington family have holidayed there regularly since the 1960s, and in 2010, the former nurse moved there permanently.

“We’ve always had this huge appreciation of the landscape here,” Sara says. “My father talked about it a lot and painted it all the time, he just loved it. It sort of got instilled in me.”

Those paintings will now share wall space with Sara’s photographs in Kākahi, an exhibition that connects the work of father and daughter at the New Zealand Portrait Gallery Te Pūkenga Whakaata from the 25th of February to the 16th of May.

Peter McIntyre was New Zealand’s official war artist during World War II, documenting the experiences of our soldiers in Egypt, Crete, North Africa, Tripoli, and Italy. His prolific career continued upon his return and he published several books in his lifetime, including 1972’s Kākahi New Zealand, his ode to the small village.

Sara’s photographs were noticed on Instagram by Anna Miles, who invited her to exhibit them in her gallery in 2016 and share them in her own book, Observations of a Rural Nurse, which was published last year.

Though they focused on different mediums, the connections between their artworks are intrinsic. For example, Kākahi includes Peter’s portraits of a young Manu Lala (who has run the town’s only store for 63 years) alongside Sara’s contemporary photos of him.

“Doing my book, rereading my father’s Kākahi book, and doing this exhibition made me more aware of what a unique and beautiful place it is. This exhibition conveys an important side of New Zealand largely forgotten about.”