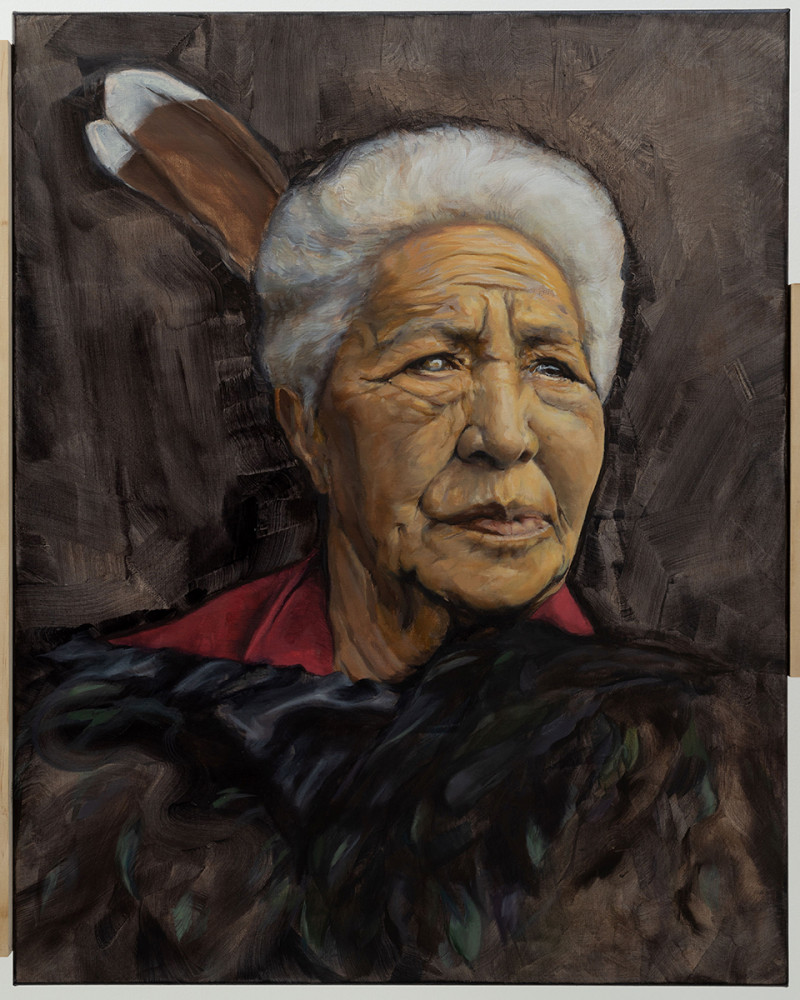 The Kiingi Tuheitia Portraiture Award was launched last year, tasking emerging Māori artists with creating an artwork in any visual medium with whakapapa connections to the depicted tupuna (ancestors). Of 128 entries, 50 finalists were chosen, which will be displayed at the New Zealand Portrait Gallery Te Pūkenga Whakaata until the 15th of August.

Entries came in all forms, from whakairo (carving) and raranga (weaving) to photography, ceramics, and oil paintings. The winning artwork, though, was a warm, humble, and engulfing black-and-white photographic portrait by Waikato artist Bodie Friend, who took home the $20,000 prize.

“To be honest, I am so humbled to be recognised in this way, it seems so unbelievably surreal,” Friend says.

His work, Nana, depicts his great uncle Pat Kingi – otherwise known as Nana Pat – the weekend before his 88th birthday. For Friend, entering was about “sharing, honouring, and celebrating the beauty, mana, and uniqueness of our people”.

“For me, being acknowledged as an emerging Māori artist is an uplifting experience in and of itself,” he says. “Our people are so creative and talented, initiatives like this will help to inspire and encourage others to create and share just as it has done for me. The more Māori telling Māori stories the better.”

A runner-up prize was awarded to Te Haunui Tuna for his digital work Survival, plus the judges selected 13 honourable mentions including Suzanne Tamaki, Tukiri Tini, Waiāio Ngā Mōrehu Elkington, Eleanor Wright, and more. The viewing public will be able to cast their vote for the People’s Choice Award, which will be announced at the close of the exhibition.