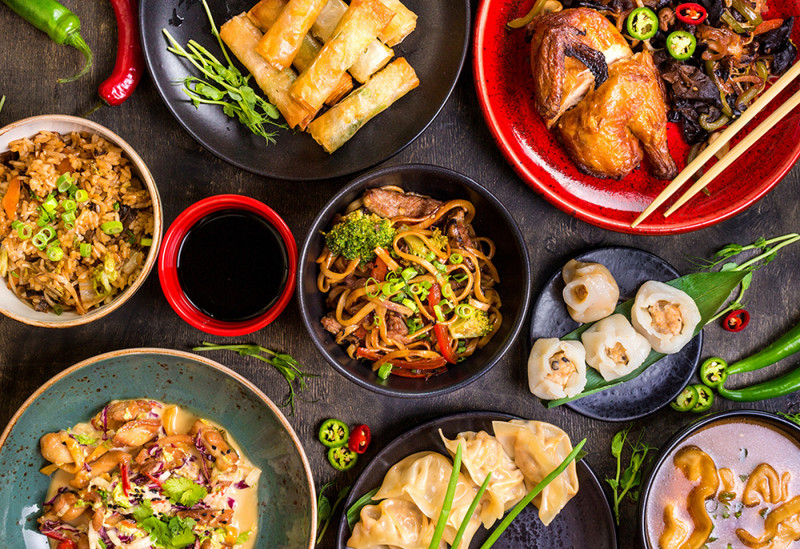 In Aotearoa, most of us have our favourite Chinese meals, or go-to orders from one of the many Chinese-inspired restaurants in Wellington – for example, chilli oil dumplings, fried rice, or sweet and sour pork. There are countless options to choose from. Sweet? Sour? Spicy? Whatever you’re craving, the title of ‘Chinese food’ covers it all. But throughout all of China, the various cuisines are abundant.

Chinese foods are influenced by China’s variations in climate, ingredients, and history. Most influential and known to the public are eight traditional Chinese cuisines.

Sichuan cuisine, originating in the southwest, is known for its super spicy flavour and bright red colour. Ma po tofu and dandan noodles might be some familiar Sichuan dishes.

Cantonese cuisine, commonly known around the world as a representative of Chinese cuisine, focuses on fresh, sweet flavours. Staples include sweet and sour pork, or the more adventurous roasted suckling pig.

Hunan cuisine, originated in the east, is also known for its spicy taste. Popular flavours include hot and spicy, sour and spicy, and salty and spicy – so it’s safe to say dishes steamed fish head and fried lobster are probably pretty spicy.

Shandong cuisine, from eastern China, is known for its focus on the natural flavours of raw foods. Popular dishes are salty, sweet, sour, or umami (which is best described as savoury or ‘meaty’).

Zhejiang cuisine, from another eastern province, is known for its light and fresh flavours, often including a variety of seafood.

Fujian cuisine is also notable for its light and fresh flavours, though also for sweet and sour. A popular Fujian seafood dish is called fú tiào qiáng, which translates to ‘buddha jumps over the wall’.

Finally, Anhui cuisine, also eastern, is known especially for the preservation of the original flavours of wild ingredients. Some popular dishes include stinky mandarin fish and fried hairy tofu.

So, we may all have our favourite dishes in our local Chinese restaurants, but perhaps at the Chinese New Year Festival this year we’ll get a chance to branch out from our usual. Time to swap out the westernised orange chicken for something a little more authentic!