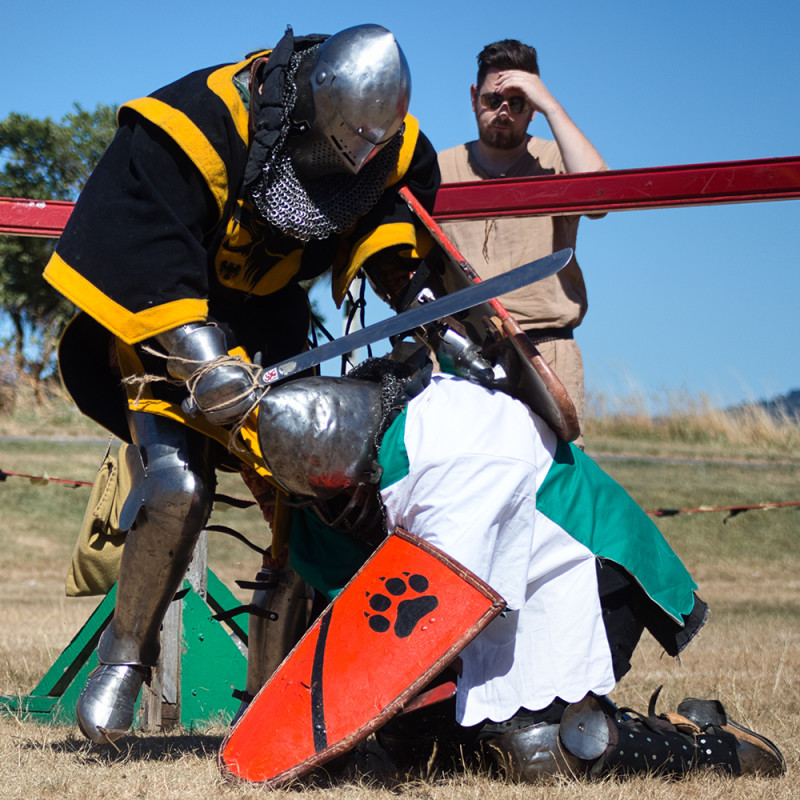 Draw your sword! by Harry Bartle

Wind back the clock to 15th century Europe because it’s time for the inaugural Trans-Tasman Buhurt Cup. The sound of metal and steel clashing will ring loud at this fully fledged medieval combat event at Brewtown in Upper Hutt on the 27th of August.

Known as buhurt, the brutal world of medieval combat sport is growing in popularity here in Aotearoa. This event will feature New Zealand and Australia’s national teams as they battle for Trans-Tasman glory. Clubs from all over both countries will also make the journey to compete. It is being hosted by Wellington’s major club Felag and locals are encouraged to head along and enjoy.

“I am super excited for this event”, Felag captain and NZ representative Jess Te Wiata exclaims. “We have some great sportspeople in Aotearoa in all the usual places like rugby, netball, rowing, and all that, but we have some awesome sportspeople in buhurt that deserve to be cheered on as well.”

The competition will include 5v5 and 12v12 battles as clubs go head-to-head before the national sides take up arms. Wearing full sets of armour and gripping a blunt weapon, fighters attempt to knock down their opponents using blows and various mixed-martial arts takedown techniques until there is one team left standing. There are some forbidden strikes to ensure a degree of safety and camaraderie between fighters.

“I quite like adrenaline activities and trading blows with a steel sword is something that I love! There’s also a lot of great people in the community that are fun to have a drink with after you’ve been punched in the face by them”, Te Wiata laughs.