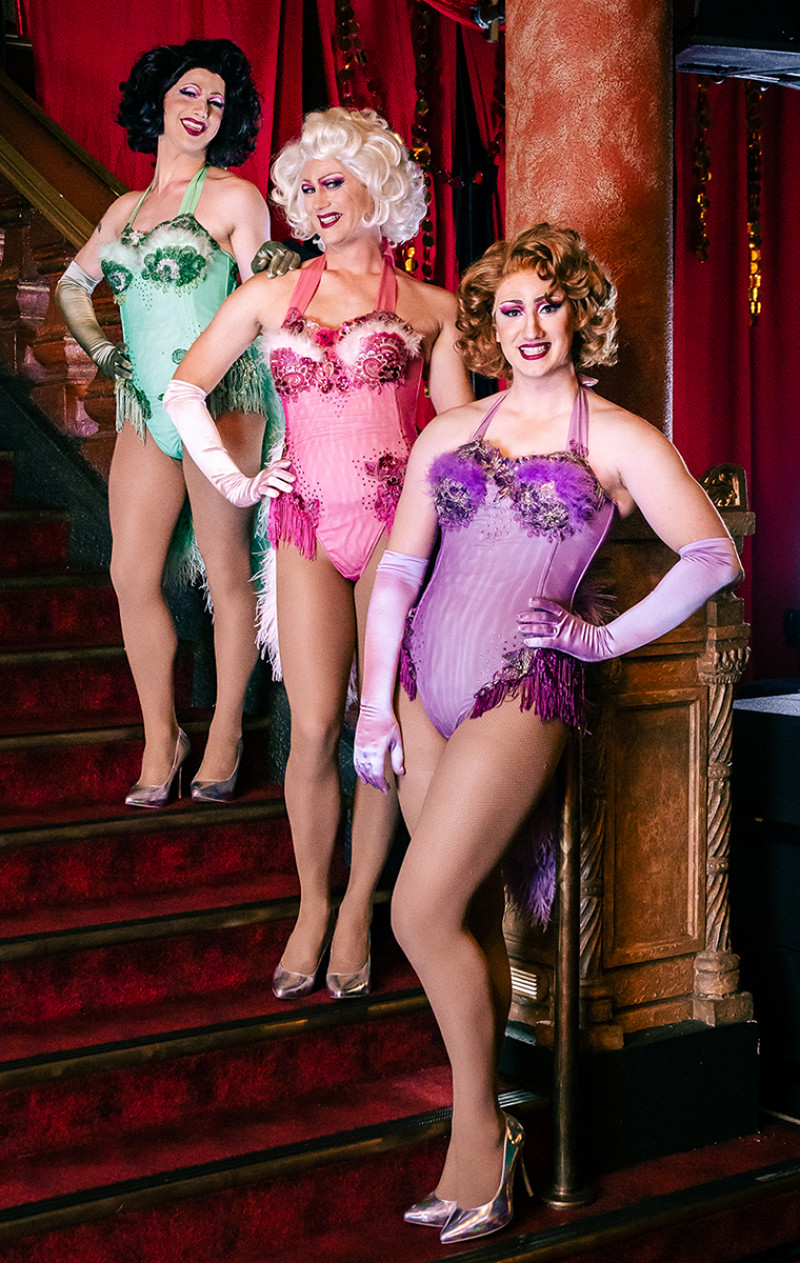 “Who wouldn’t want to slap on a full face of makeup, cinch their waist, and strut round in some glamorous outfits”, Jeremy Hinman asks. “Oh and convince two of their best friends to do it with them.”

“She is definitely the bossiest and shadiest of the gals”, Hinman says. “Some (me) prefer to call her the Beyoncé of Les Femmes.”

All three performers have a background in musical theatre, so while queens traditionally lip-sync…

“Instead we dust off our vocal pipes and sing some of everyone’s favourite girl group bangers alongside a seven-piece band. Yeah, there’s even a horn section”, Hinman adds. “Hot.”

But even though the girls sing, they don’t put on your run-of-the-mill concert, with banter and cheeky quips making for a comedy-cabaret-drag mashup like no other.

Les Femmes are over the moon to be heading to Wellington this month – especially because it’s such a thriving hub for the arts, queer culture, and drag, Hinman says. They’re bringing their self-titled show to Te Auaha on the 23rd and 24th of July off the back of sell-out seasons in both the Auckland and Christchurch Pride Festivals.

Hoping to have a great time with local crowds, Les Femmes will sashay their way through a catalogue of hits from The Supremes to The Spice Girls.

“Everyone loves the music in this show and the band make it such an exciting experience. Then factor in that three gorgeous glamazons will be singing that music live and you’re set for a fantastic night out. Our disclaimer states: adult humour, self-deprecation, and lashings of innuendo guaranteed. If that doesn’t scream that you’ll be in for a hilarious night out, then I don’t know what does.”