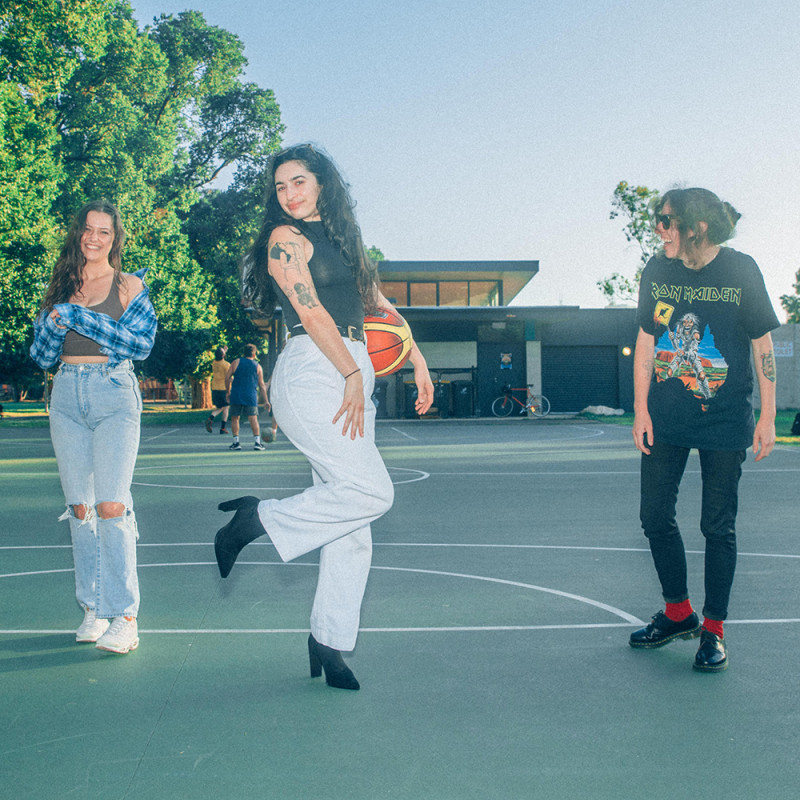 Camp Cope reached the top 40 in the ARIA Albums Chart, was nominated for a J Award, and saw the group win Best Emerging Act at the 2016 The Age Music Victoria Awards, plus score one win and nominations in a whopping six categories at the inaugural National Live Music Awards. Their follow-up effort, How to Socialise & Make Friends (2018), debuted at number six on the ARIA Charts and garnered critical acclaim around the world from the likes of NPR, The New Yorker, and The Guardian.

Their latest album Running with the Hurricane (2022) finds the trio more confident and accomplished than ever. Years of fierce friendship and often relentless tour schedules had made them innately comfortable as collaborators. And suddenly, thanks to a global pandemic, Camp Cope had time on their hands to level up in skill and sound. What followed was an album more concerned with creating beauty than noise, more confessional than confrontational. An empowering embrace of new sonic and lyrical ground.