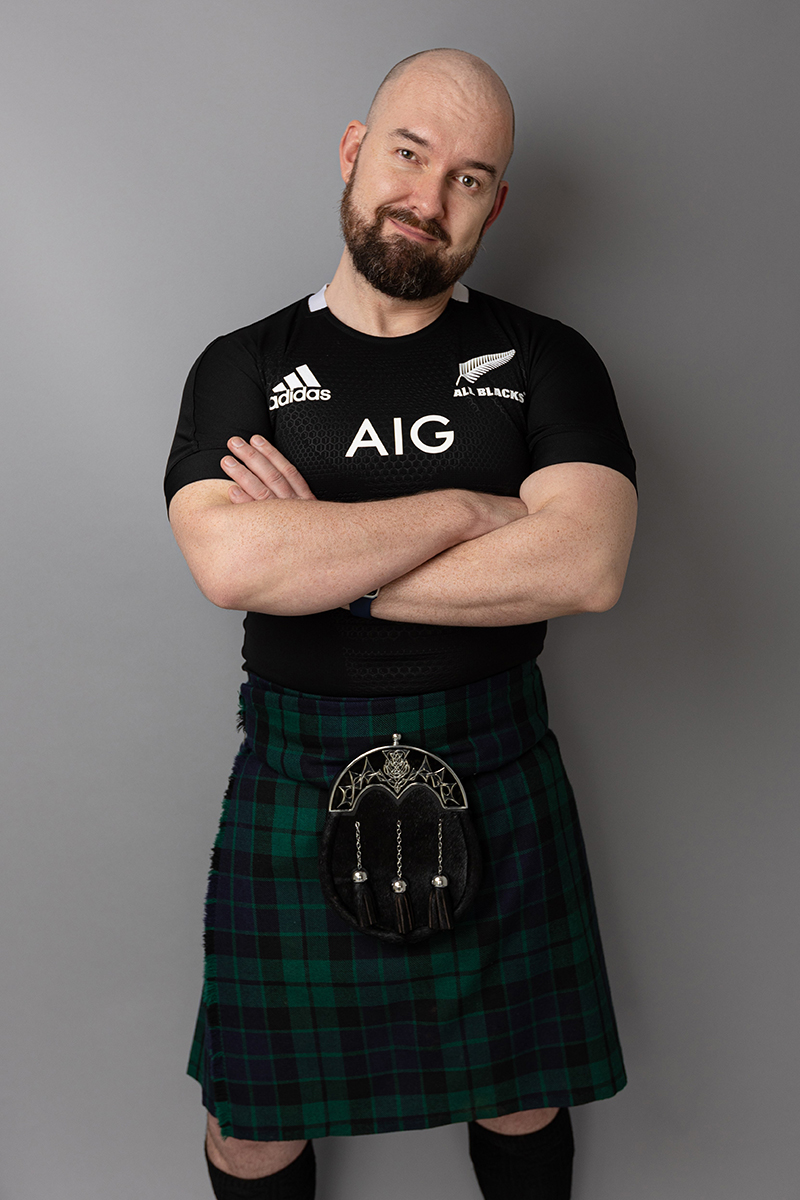 Busy on Wednesday? by Harry Bartle

Originally from Scotland but now a proud Scottish Kiwi, Ryan McGhee [pictured] is yet again striving to create more laughs here in the capital.

When he returns to our shores, kilt and all, McGhee is starting up another brand-new professional comedy night entitled The Comedy Attic. Kicking off on the 14th of September at The Pow Wow Room, he is hoping it fills the void for a regular comedy gig during the week.

“One of the things we’ve been missing in Wellington is a professional comedy night on a Wednesday or Thursday. We’ve got established nights on Friday and Saturday but nothing that draws in comedians and audiences during the week.”

To ensure The Comedy Attic starts with a bang, McGhee has pulled together an incredible line-up for the launch. The night will be emceed by award-winning comic Jerome Chandrahasen – who has been making people laugh for almost 20 years – and headlined by nine-time winner of the Best Male Comedian Award at The Guildies, Brendhan Lovegrove.

These local legends will be supported by popular comics Lesa MacLeod-Whiting, Miranda Camden, Michael Macaulay, and the Scottish Kiwi himself.