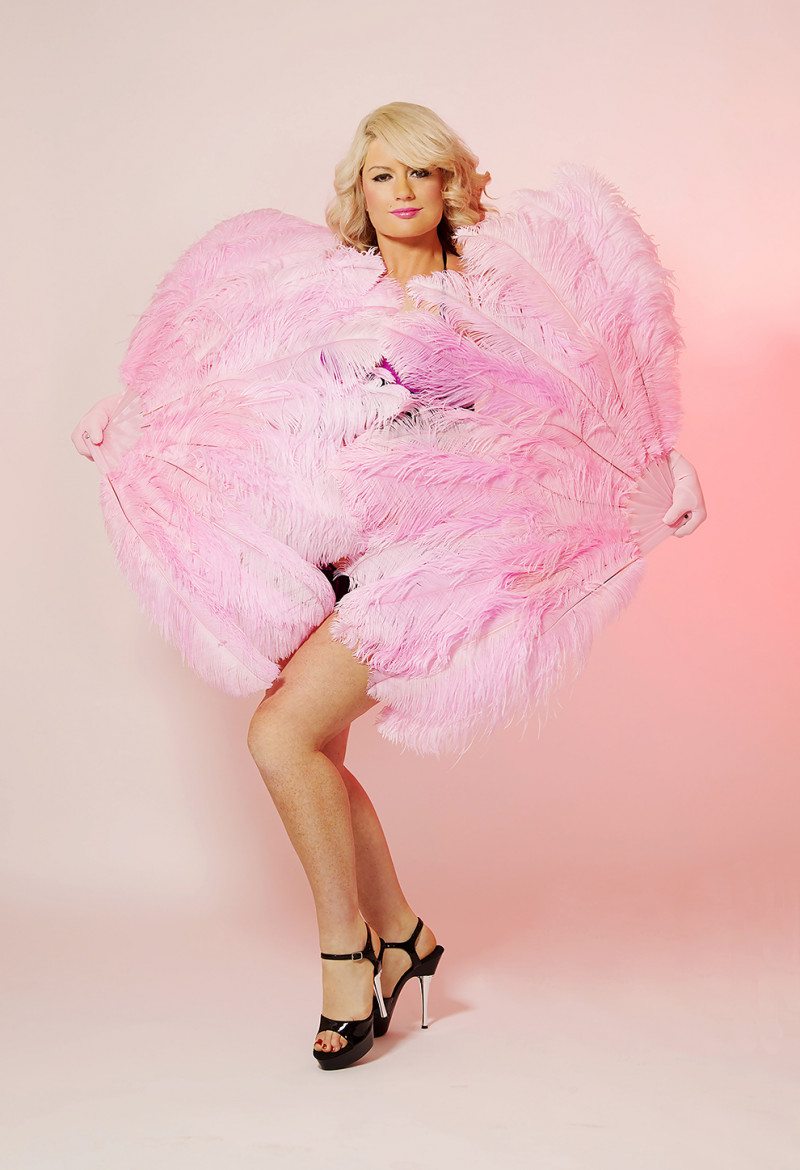 Jayne, also known as Courtney L’amour, describes burlesque as “a sparkly, fabulous artform all about body positivity, creativity, and confidence.” After joining a dance troupe at the age of 18 to perform cabaret and burlesque around the world, she settled down in Wellington to focus on her children and her dance studio, Studio L’amour. Since officially opening the studio in 2014, Jayne had been teaching burlesque, burlesque fitness, choreography, and more, finding joy in the confidence her classes sparked in students.

In June 2018, Jayne’s world changed when she felt an intense pain in the side of her ribs during a workout. After nearly 18 months of debilitating pain, she was finally diagnosed with slipping rib syndrome. This means ribs on both sides of her body have separated from the cartilage and are no longer attached to anything at the front of her ribcage. The tips of some of her ribs stab her insides. A rare and frequently underdiagnosed and misdiagnosed condition, slipping rib syndrome makes most physical activities – even just sitting down or lying on her side – extremely painful for Jayne.

After extensive research, Jayne found a solution – a surgeon in West Virginia who has invented a procedure to stabilise the rib cage. She’s heading there on the 17th of October to have the surgery, but with America’s user-pays healthcare system, Jayne has to fund the whole trip herself. Now on the last leg of her fundraising efforts, she’ll hold the Fundraising Variety Spectacular at Te Whaea: National Dance and Drama Centre on the 10th of October, just one week before take-off.

How did events unfold after your injury? It was such a long road to diagnosis.

I thought I’d torn or pulled a stomach muscle. The physio said it would take about 10 weeks to heal, but it didn’t get better. I had so many tests – an ultrasound, an MRI, a TC bone scan, which is where they injected me with a radioactive substance and then scanned my body looking for bone abnormalities. Everything was normal. It’s great that I’m healthy otherwise, but it was disappointing that we didn’t find what was wrong. I started thinking that I might just have to learn to live with it and have a life of pain.

My partner was quite encouraging and suggested we look up Doctor Google, which I try not to do, but I thought, ‘what have I got to lose?’ Eventually we found an article about slipping rib syndrome, and I knew that was exactly what I had when I read it. I printed the article out and highlighted the relevant parts and took it to my doctor. She had never heard of it. I asked for a referral to a specialist, a thoracic surgeon, and my doctor told me they wouldn’t take me seriously because it’s a self-diagnosed thing. So she referred me to a sports doctor instead. I asked the sports doctor for a referral to a thoracic surgeon, and they kind of laughed. It was quite defeating.

I had hip surgery, and I ended up going to a follow-up appointment in Auckland with my hip surgeon. I told him about it, and he read the article and said, ‘I can see how to diagnose it. There’s a great radiographer that works here; let’s get it diagnosed.’ I did a dynamic ultrasound, which is when you move when they do the ultrasound. And the radiographer said, ‘I can see it. I can see the tip of your ribs. They’re not connected to anything. No wonder you’re in so much pain.’ He injected me with a local anaesthetic right in that spot and it took the pain away, which was amazing. There was a cortisone injection too, which unfortunately didn’t help but the local anaesthetic did. I actually cried on the day I was diagnosed.

What are the treatment options for slipping rib syndrome?

Traditionally what doctors do, and this was the option for getting it done in New Zealand, is they remove the cartilage and part of the affected ribs. I found a support group on Facebook for slipping rib syndrome, and a lot of people have had the surgery and it’s caused them so many other issues. They regret having it done. I read a lot of research and some case studies, and thought I would rather go with the successful outcome option.

What do you need to get to America?

My partner is coming with me to help me, so altogether, with the surgery, flights, accommodation, rental car, and everything else, it’s going to be about $65,000. I’ve been doing a lot of fundraising for it, costume sales. One of my friends Rachel Rouge, who’s the producer of the Menagerie show, has sold a lot of her costumes with all the proceeds going to my surgery. There’s a Givealittle page on my blog that my friends made me. The community has really rallied around me. I only have $20,000 left to go.

Tickets for the Fundraiser Variety Spectacular will go towards the final goal. What are audiences in for?

It’s going to be a high-energy variety show with circus performers, singers, burlesque, cabaret, dances, comedy, and even a contortionist. We have circus performers Laura Oakley and Kozo Kaos from Auckland, burlesque performer and singer Breathless La Belle, Constance Craving, and more.

How have you stayed positive through all of this?

I have found being positive is so important. I can see how some people who are in constant pain go down a hole of fear. Every day I tell myself 10 things that I am grateful for in my life, I find that’s a really good way to keep grounded. I’ve been listening to Eckhart Tolle, he talks about being in the present moment instead of worrying about the past or stressing about the future.

It has been really hard sometimes. I just crumble and break down crying. Sometimes the pain is so intense I just have to lie down and not move. I don’t like my children to see me like that. They’ve been amazing, they get me ice packs and stroke my hair, they’re so cute.

You’ve detailed your journey and will be posting updates at jaynesribs.blogspot.com. How have people responded to your blog?

I’ve had a few people contact me and say they’ve had similar issues and their doctor hasn’t taken them seriously. They had given up, but after reading my blog, they thought, ‘I’m going to keep trying, keep fighting.’ I’ve actually had four people with slipping rib syndrome who Googled their symptoms and found my blog and read it. That’s how they found out what they had. It’s been amazing, I only just wrote it in July.

What would you like to say to anyone in a similar boat to you?

To people who are also suffering, I think I would say don’t give up. Stay strong, even if it feels really hard. Take one day at a time, one hour at a time. Stay in the present moment.