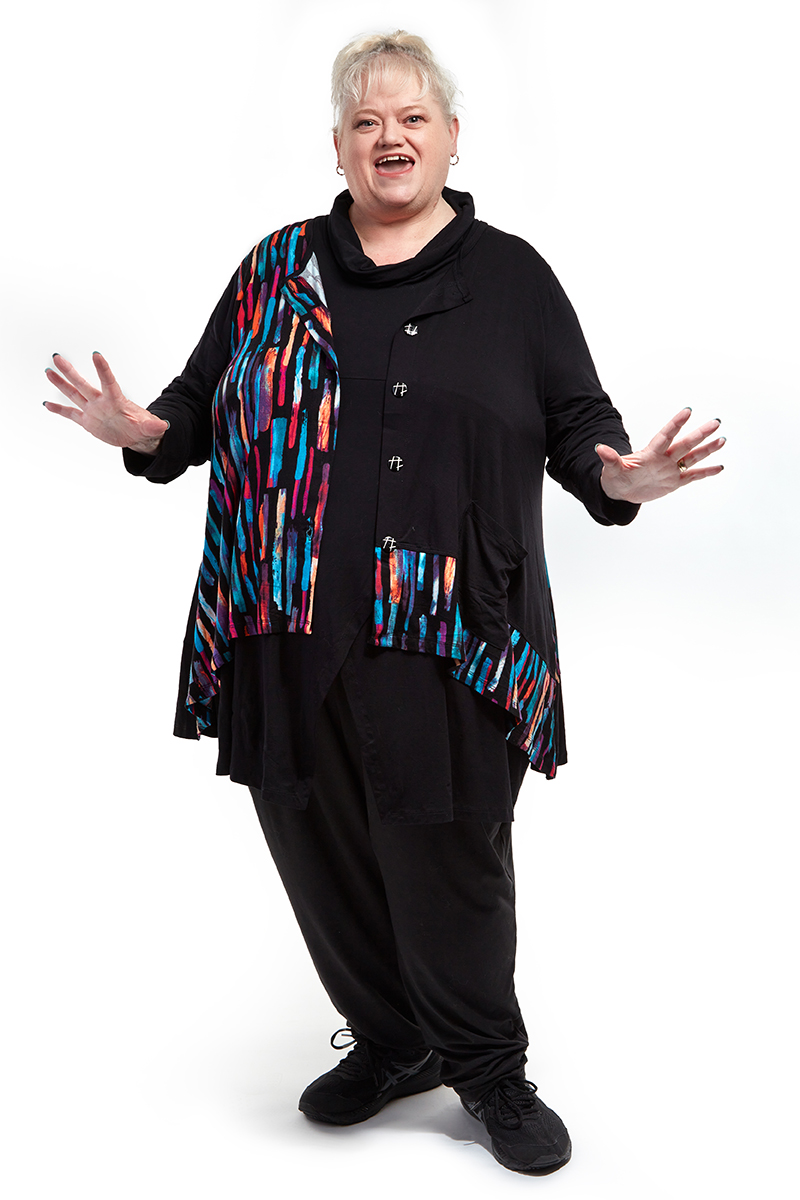 Whether as a performer, director, writer, or designer, Sandy Brewer has been involved in the Wellington theatre scene for the past few decades – give or take! She has an enduring passion for musical theatre as it connects people from all different walks of life, giving them the opportunity to check their day at the door and become someone, go somewhere, new.

In 2021, Brewer launched Capital Theatre Trust to plug the gap in the local scene for large-scale musical theatre produced by and for Wellington. For their first production, Capital Theatre Trust together with G&T Productions is bringing Les Misérables to the newly reopened St James Theatre from the 18th of August to the 4th of September. Brewer, who is assistant director, says it will be the first time the acclaimed musical phenomenon has been staged in the capital for 20 years.

Tell me about Capital Theatre Trust. What prompted you to start it?

A mixture of factors. Basically, there’s been no large-scale musical theatre in Wellington with local content for six years now. In 2015 I was involved in Evita with Grant [Meese, Les Misérables director] and Terry [O’Connor] from G&T Productions at The Opera House. And in 2016 Wellington Musical Theatre did the last big show here which was Sister Act, and since then there’s been nothing – a massive void in the arts sector as far as musical theatre goes. We had a pent-up desire from performers, musicians, technicians, and audiences hanging out to have something local, but that had all the grandeur of a large-scale musical that you don’t have to travel out of the region for. Plus there was the fact that the St James was offline for a long time but was coming back… There was a perfect storm brewing. Now, how to make it happen?

In 2019 I started planning – it’s been a long three-year project to get this far. I had that relationship with Terry and Grant, and I was up in Auckland and we had a chat at a bar on Queen Street about what Wellington needed. They said you should get it done, and they were prepared to support it. It was important that it was about Wellington, by Wellington, for Wellington.

Okay, so to do this I need to set up a trust, apply to be a charity, all of those mechanics behind the scenes. That was in 2019 and 2020. 2021 was ticking off, signing off, finding trustees. Who would be a good trustee, who in their heart loves the arts? People I can trust who aren’t carbon copies of me but will bring in diversification of thoughts, bring something different to the table?

So let’s talk about a launch! This is not going to be a one-hit wonder, I have got plans for the St James for the next five years. There’s a lot riding on this to make sure that it is really successful and puts us on the map. For the performers and crew, I want them to go ‘we had a blast, that was fantastic, when do we get to do it again?’ That’s what is going to help grow [Capital Theatre Trust] and feed it into the future.

There’s such a huge cast and crew for Les Misérables…

The people are at the heart of the whole thing. We’ve got over 163 people involved in the production and counting. Put your hand up, we’ll find a way to get you onboard. What we’re here for is to give everybody the opportunity once a year to play on the big stage.

We had 270-odd people audition for the show, which was unheard of. We had to whittle it down to about 45 or so in the cast, they’re off the charts. They sound amazing. We have 18 musicians, various high-end tech people, and a massive volunteer base.

Do you have cast members who were involved in the last run of Les Misérables 20 years ago?

One of the actors who played a little boy is now in our adult ensemble. The guy who’s playing Monsieur Thénardier [Sandy Leadbeater] which is a big nefarious role, he actually played Javert in the last run in Wellington – one of the two male leads. It’s such a different character, he’s loving it. The guy who is playing our Javert [Chris Crowe], he played Enjolras, the leader of the student army, 20 years ago. Now he’s the cop! One of the girls in our ensemble, her mum played Fantine 20 years ago when she was six months old backstage.

What do you most enjoy about directing musical theatre?

I get a huge buzz from listening to an audience having a great night out and loving it. Cheering and clapping, murmuring, burbling – you created that. I could never walk away at the end of rehearsals –I want to see the final product for as long as I can before it’s over. As the director if you can see the whole picture and articulate that, and during rehearsals that picture gets bigger and brighter and clearer, why would you not want to see that?

What would be the ultimate hope for Capital Theatre Trust and the Wellington theatre scene in these crazy COVID times?

Building back the confidence to get back out there, have these experiences. We want to revitalise the theatre scene so we don’t have to rely on an overseas production coming to us, get a few good shows under our belts and then we can get into children’s theatre. Kids are your future audience, your future performers, your future technicians. If you can instil a love of musical theatre in them now, then that will stay with them forever.

Why should audiences come to Les Misérables?

To put it into perspective, a lot of community theatre runs at a budget of $10,000 to $20,000, tops. The production budget for this show is $1.8 million. The scale is off the charts. That’s buying in the best lighting, sound, sets, costumes. It’s going to be epic. It’s the first for six years, that in itself is worth the ticket to support the future. I promise you, you won’t be disappointed.