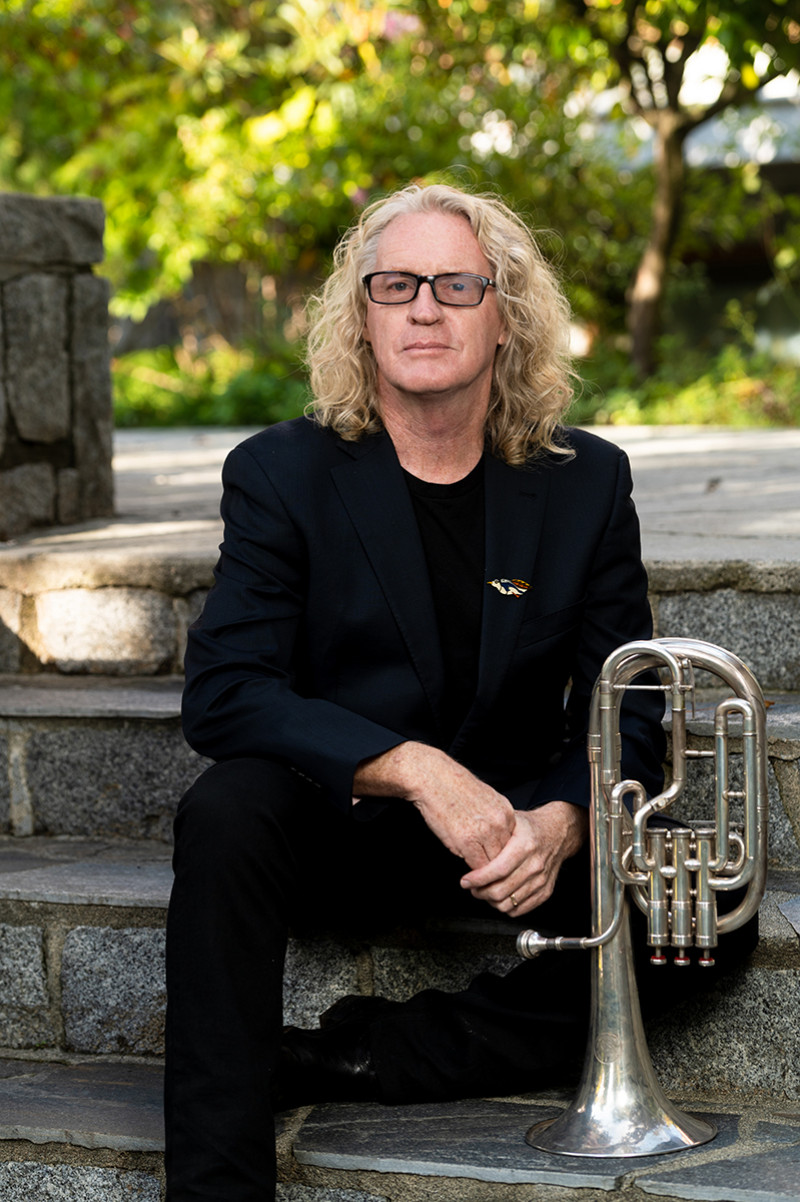 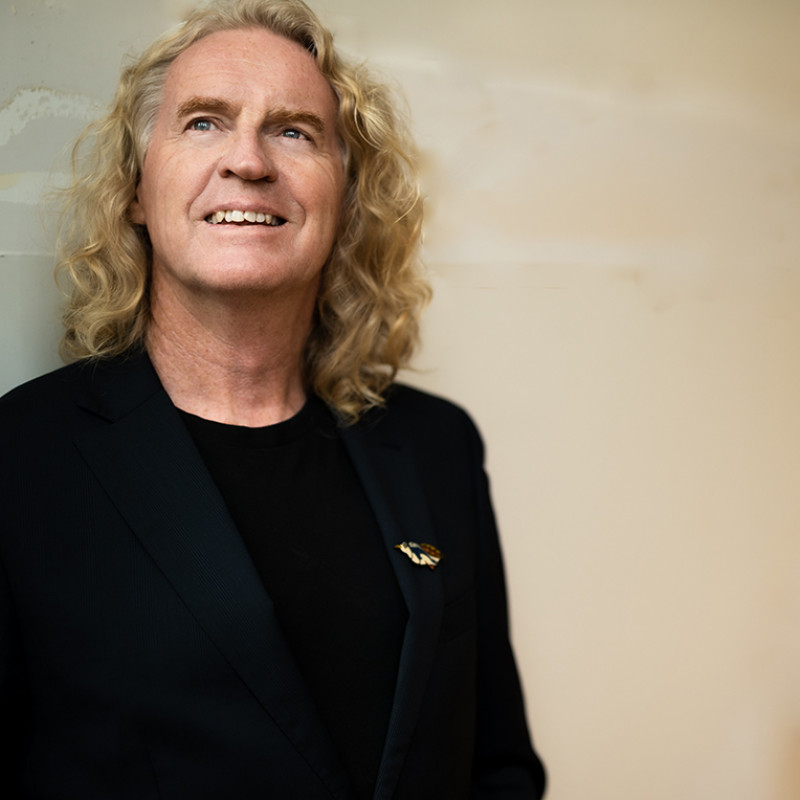 Don McGlashan is one of New Zealand’s best-known and highly regarded songwriters. He’s been the drummer and singer for Blam Blam Blam, the lead singer and writer for The Mutton Birds, and the pen behind some of Aotearoa’s biggest anthems, including Anchor Me, Dominion Road, and Bathe in the River.

The Kiwi music icon chatted to me on Zoom from his part-time home in Vancouver, Canada, where he spends his days writing new songs or the music for the claymation TV series Kiri and Lou with its writer and director Harry Sinclair – a hark back to their days as the 80s musical comedy duo The Front Lawn. Animated by a team in Christchurch led by Antony Elworthy, who worked on Wes Anderson’s Isle of Dogs, Kiri and Lou is in its fourth season, screens all over the world, and has just been picked up by Nickelodeon in America. Yet another success story for an artist whose fourth solo album, Bright November Morning, went straight to the top of the Official New Zealand Top 40 Albums Chart. We talked about the new album and upcoming nationwide release tour, which hits Old St Paul’s on the 27th and 28th of October and St Peter’s Village Hall in Paekākāriki on the 29th. While both venues are beautiful and somewhat intimate, McGlashan reckons the concerts will be rowdy affairs.

“We’ve got a big band, and it’s pretty hard to turn Shayne Carter down.”

Because of COVID I had more time to work on the record. Uncharacteristically for me, we recorded more than we needed – about 15, 16 songs and there’s only 10 on the album.

How do you choose which ones make the cut?

I just had to think about how the songs talk to each other, how they bounce off each other. I’m old-fashioned enough to want an album to be a whole, one piece. I know a lot of people don’t listen to albums like that these days, they have Spotify playlists and all that stuff. But I still really believe in the integrity of an album, how it can have a shape. You’ve got somebody’s attention for 40 minutes, 50 minutes, and that’s a big gift for them to give you. You’ve got to repay that.

Thinking of the album as one piece, does anything spring to mind that sums up that whole?

I’m the worst person to think of that. There are songs which quite specifically seem to be talking about a longing for the community which will come after the lockdown. There’s a song called Lights Come On about being in a crowd waiting for the lights to come on. The anticipation and the excitement of that, and all the complex feelings of both aloneness and community that you have when you’re in a crowd. Also, how old those feelings are – we’ve been standing in crowds waiting for shows to start ever since we were human. Maybe even before we were human. There’s also a song called Go Back In which is about the joy of being back out in the world, going back for another helping of something. The joy of being alive, which is something that you’ve got time to reflect on when you’re stuck inside and you can’t see anybody or live a normal life.

I wrote the songs knowing that a fantastic band was going to play them – Shayne Carter, James Duncan, Chris O’Connor, and Anita Clark. That gave me a sense that I could stretch my wings a bit. There’s a song that came from a sketch which is about 10 years old when I got sent to the Antarctic on an arts residency, and I came back with the idea [for Shackleton]. It’s taken me this long to get that song out. Having this band spurred me on to do that. They did a beautiful job of it and it’s one of my favourite songs on the record. It’s one take – there’s a few overdubs but we basically turned on the mics, counted in, and played the song.

You estimate that you’ve had five top-five albums over the course of a 40-year career, but Bright November Morning is your first number one. How are you feeling?

It’s very exciting. I no longer have the luxury of being able to complain that nobody understands me. If people bought the album then that argument is not really a starter anymore. It’s a blast and it sort of shows that people have confidence in New Zealand music too. My friend Mel Parsons just put out an album and it went to number three, and The Beths just went to number one. I remember in the days when they first started Kiwi FM, there were a lot of people arguing that nobody would listen to NZ music because it wasn’t good enough. I don’t think anyone in their right mind would say that now.

Would you say there are certain qualities that typify Kiwi music?

I think that if you’re writing songs with your eyes open, and you’re describing yourself, your friends, and the world around you, then your locale is going to come in there – whether you want it to or not. If you’re writing well and honestly, your work will taste of this place, smell of this place. As Kiwis, we’re really good at reading books from America, watching dances from England, listening to songs from other places, and still getting the shared humanity of that experience. We can listen to something by Radiohead and feel that fear and alienation and those conflicting emotions. We can listen to Beyoncé and feel joy. But the added bonus of music or art that comes from here is that we see that music reflected back through the eyes of the artist. I went out in Vancouver last night to see Marlon Williams and his band. They did a bunch of fantastic songs as always, and they did a whole song in te reo. It was such a great thing to hear the language coming off a stage thousands and thousands of miles away from home. It made me feel great, made me walk taller as I walked out of the venue. Every little detail of Aotearoa that we can put into our work helps create connection with the audience.

I heard a whisper of a story about the Wellington band Dartz, your song Dominion Road, and dumplings…

[Laughs.] My nephew David called me up and said, ‘Did you know Dartz are doing a version of Dominion Road?’ I listened to it and I thought, it’s cool, it’s blisteringly fast. They’ve taken the melody, chords, idea, and chorus essentially, but they’ve changed the words so they’re all about looking for a feed on Dominion Road. The chorus goes, ‘At a dumpling house, halfway down Dominion Road’, or something like that. They asked if it was okay and I said, ‘Go on, go for it’. Then they invited me and my manager out for dumplings on Dominion Road, which was a dangerous thing, because my manager eats a lot! But they eat a lot too, they’re pretty robust guys. I think they all were quite hungry, so we had a great night demolishing dumplings on Dominion Road.