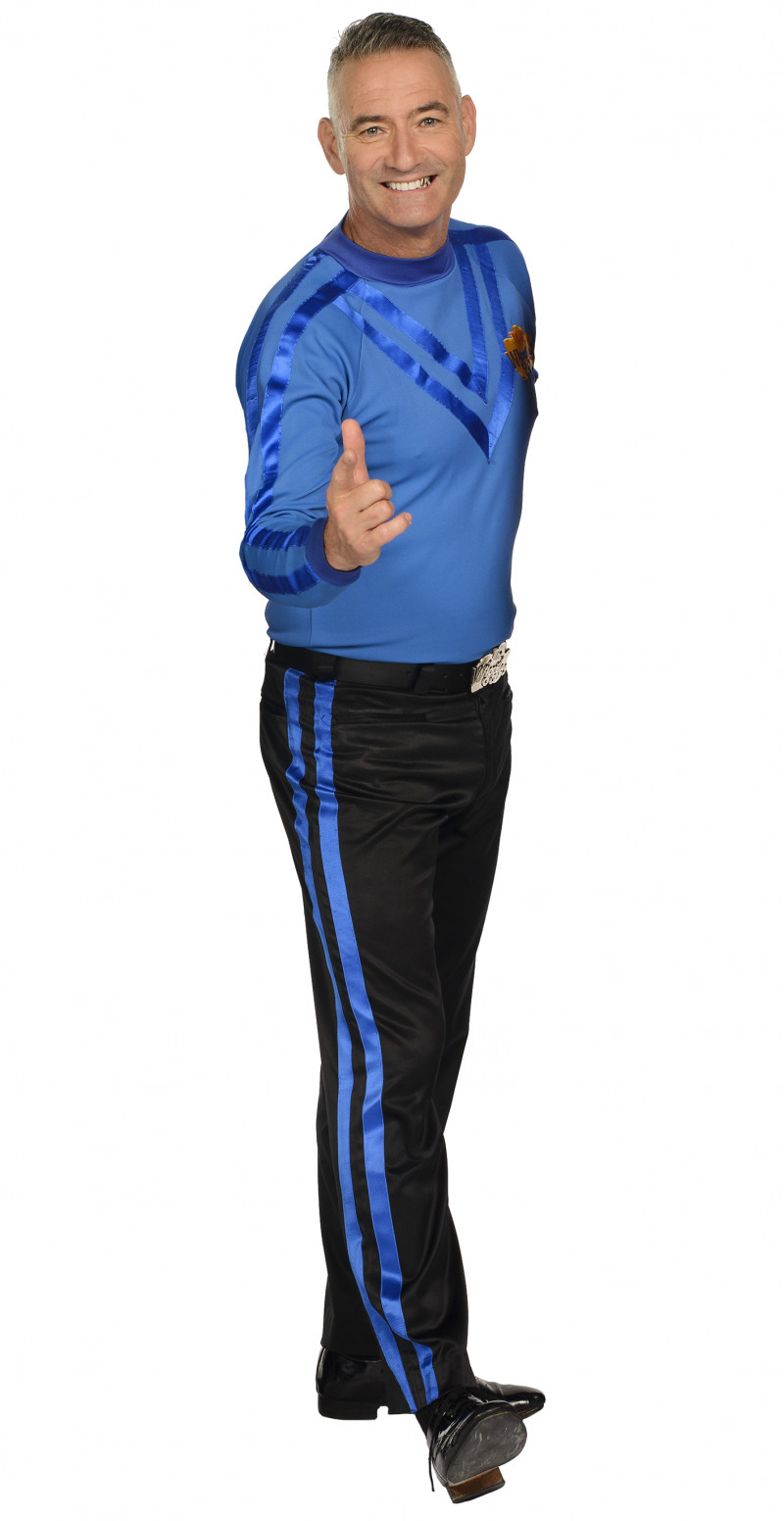 Anthony Field on 30 years of The Wiggles by Madelaine Empson

Anthony Field started The Wiggles in 1991 with no inkling of what was to come. In fact, the early childhood teacher says when the group started gaining traction, it was a big decision to say goodbye to the classroom and give full-time Wiggling a go.

That fateful choice led to The Wiggles becoming far and away the world’s most popular children’s entertainment group. They have earned 18 gold, 13 platinum, three double-platinum, and 10 multi-platinum awards for their music and DVD sales, made history as the most-awarded ARIA winner in one category with 13 awards for Best Children’s Album, and performed thousands of shows around the globe. But Field, who played Captain Feathersword and Wags the Dog in the early days, says it’s the emotional highlights that stand out amongst the commercial ones. We looked back on 30 years of The Wiggles ahead of their New Zealand We’re All Fruit Salad Tour.

Where did your passion for early childhood education stem from?

It was honestly just a fluke. I was in the Australian Army, and after I served my time I drove my sister to a mature age matriculation test to see if she could become part of the institute of early childhood study. When I got there I said, ‘you know what, maybe I should try as well’, because I didn’t know what to do with myself. I got in and my sister got into the course. Once I started there, it was all new to me but it was all about empowering children and music was a big part of it too.

What do you think live performance and music can gift to children outside of the classroom environment?

There’s a lot of excitement at the shows – all the lights, the people, there’s a really great energy. It can be a real experience for the kids, not just about the hour or hour and a half of the show but about the lead-up and then after when they get home, talking about it, what did they learn? It might inspire them to go out and jump on a trampoline or go out and play. I think it’s a real help to children’s development going to a show.

That’s what’s in it for the kids – what do you most love about performing for children?

For me it’s that excitement. You’ve got children for whom maybe it’s their first ever big concert. You’ve got mums or dads there who are so excited, they don’t even watch the show half the time – they’re just watching their children enjoying the show. There’s a real responsibility for us to cater for our younger audience – to speak to them in a way that they understand and encourage them to participate. We want it to be a real interactive show. If we achieve that, they’ll feel better about themselves in a small way. That’s what motivates us.

How did you become the blue Wiggle?

When we first started, we were just wearing brightly coloured shirts but they weren’t very distinct, so it was hard for children to know who we were. We knew that children were wearing skivvies at school so we thought we’d get skivvies. There was a cut-rate clothing price shop that had a skivvy bin. We had a race to the bin and whoever got what colour, that was their colour. I got green originally. I was green in the original Wiggles video, but when we did green screen I disappeared [laughs]. I had to change to blue.

And green is Dorothy the Dinosaur’s colour too.

That’s true, and when Dorothy appeared in our videos we got a blue screen. So we had to think of everything!

Oh is that right! That’s probably true, that’s a lot of songs [chuckles]. But you know what, that just shows you the world of early childhood. For a child, walking down the street they will notice a lot more things than we will as adults. They’ll stop and pick up a little flower there, or they’ll be excited by the bus going by. That’s why I think you can cover such a wide range of topics when you’re writing for children. Their world is brand new, everything’s brand new.

Do you have a favourite Wiggles song to sing yourself?

I love playing music. I’ve got a terrible voice! My favourite Wiggles song over the years I think is Rock-a-bye Your Bear. I’ve heard a lot of parents say it’s a song they sing with their children together, I think that’s so nice.

Did your kids have favourite Wiggles songs growing up?

They’re now teenagers so The Wiggles aren’t on their playlist anymore, but when they were younger, my daughter Liv – we have a song called Sing with Me, which is Dorothy the Dinosaur and Kamahl, an Australian artist with an absolutely beautiful baritone voice. We counted that she played it 28 times in a row. That was just one day. It went on for a couple of weeks, her obsession with that song. I always think about my little daughter enjoying that song. It’s a great memory.

At that point did she know Dad was a Wiggle?

No. She loved Dorothy but it was like it was a different person up there. She would point out what ‘Anthony’ was doing, so for a while I don’t think she really put two and two together – because I wasn’t wearing a skivvy at home and maybe that was her way of dealing with this strange phenomenon that Daddy’s in the television.

What are you most looking forward to about the upcoming New Zealand We’re All Fruit Salad Tour?

There’s a great song coming out in January called We’re All Fruit Salad, hopefully it shows that we’re all from the same bowl, we’re all fruit salad. I’m happy about singing that song around, but being in New Zealand I just absolutely love the drive, seeing the countryside which is so different to Australia. I love the people, I love the culture. The Australians, we think that we’re pretty chilled out, but the Kiwis show us how to really be chilled out and I love it.

What can Wellington audiences expect from the show on the 1st of April at the Michael Fowler Centre?

A very interactive, hopefully musical adventure for the children where they are as much a part of the show as we are. We encourage the children to sing, to dance, to clap, to laugh, to get up, stand up, sit down, whatever they want to do. Hopefully we’ll give them 30 years of songs, and 30 years of experience entertaining children.

What have been some of the highlights of those 30 years with The Wiggles?

There are commercial highlights, like we sold out Madison Square Garden 13 times. It was massive, it was quite surreal. And then there are emotional highlights. Every year on Christmas for the last probably 30 years, we go in and walk around the children’s hospital in Sydney. Over the years, which is so beautiful, adults who were children when we visited years ago come up to us and say, ‘you know you came and saw me on Christmas Day and I never forgot it’, or we see children for a little part of their journey who have a terminal illness. I can remember names of children that we visited a few times before they passed. The poor parents, the hell they went through. Hopefully we gave them a little bit of a memory that showed that their child was valued by everyone. We’ve sung at funerals. Those were emotional – I guess they’re not highlights, but they’re real. You can get carried away by the commercial highlights but there’s also a side that you don’t publicise that keeps you real. It’s about being part of a community.