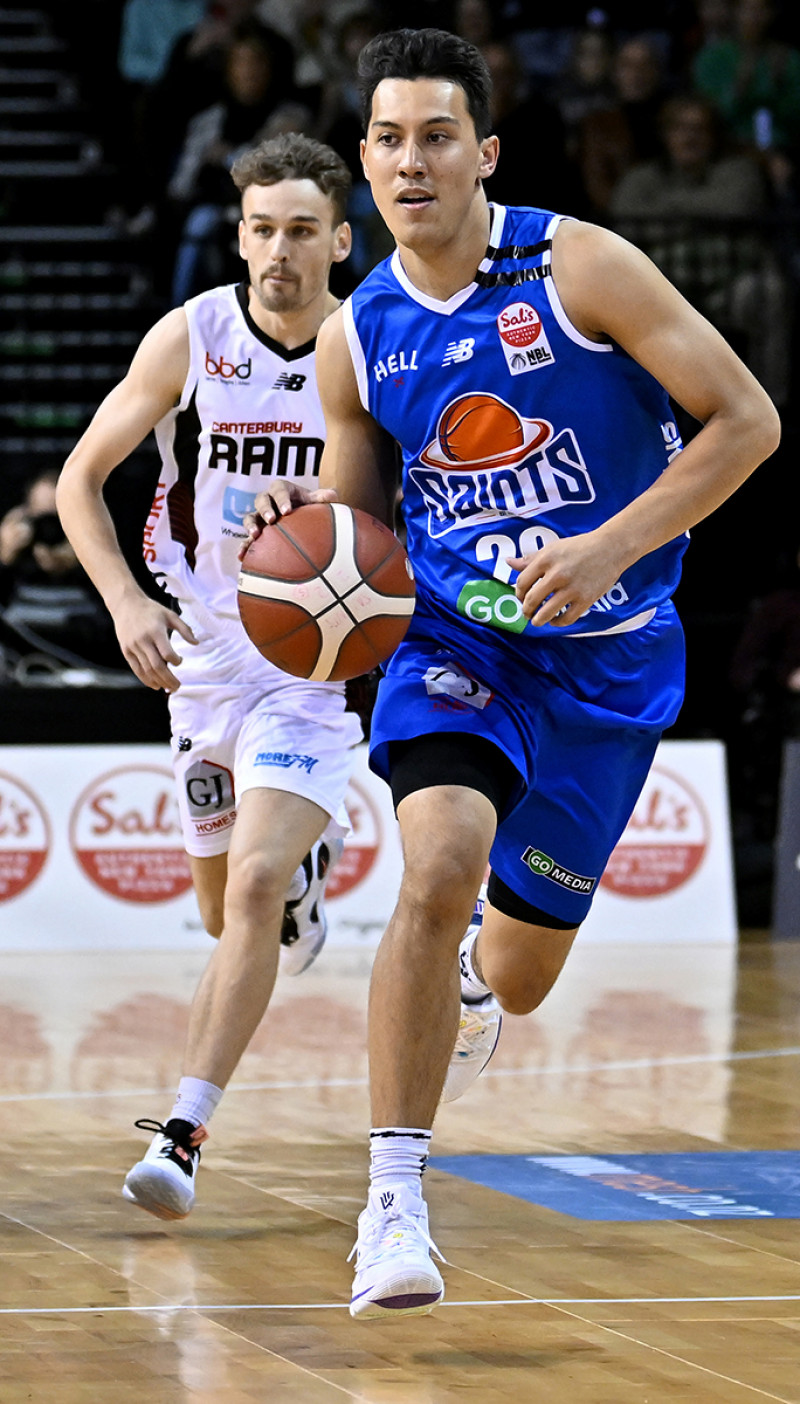 An expectation to win by Harry Bartle

The Wellington Saints are the NBL’s most celebrated side. They’ve won a league-best 12 titles and have appeared in 20 finals in total. Early 2022 was tough for the side, losing their first four games to start the season. However, with such an impressive legacy behind them and a spirited roster, they are slowly getting back to their winning ways.

“When it comes to the Saints, the expectation is to win,” Saints captain Kenneth Tuffin (KT) tells me.

“It hasn’t been the best start to the season for us. There have been several contributing factors to that, but I feel like we’re getting back on track now and we are going to do our best to keep winning.”

And getting back on track they are. As of Round 8, the Saints have won three of their last four, moving up two spots on the table. Despite the wins, KT isn’t taking anything for granted. He explains that nothing is going to come easy thanks to the franchise’s success over the years.

“Across the league, everyone wants to see us lose. It’s always been that way.”

KT himself has experienced a similar season arc to his team. After struggling early on, the small forward has begun to find his feet, averaging 14 points in the Saints’ first three wins.

“After a slow start, the last couple of games have kind of been where I feel like I need to be and should be. Whether it’s scoring or on the defensive end, I just want to help my team while I’m on the floor.”

The good news for Wellingtonians is that the Saints are set to play four games in a row at their beloved TSB Bank Arena from the 26th of June until the 14th of July. KT says home fans always “give the boys an extra boost”, and he would love nothing more than to see “TSB packed out so they can pick up some much-needed wins in front of the league’s best home fans”.